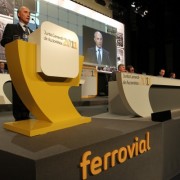 Banc Sabadell | According to the press, Denver International Airport (US) has unilaterally cancelled the contract which was awarded in 2017 to the Great Hall Partners consortium (in which Ferrovial holds 80%) to remodel and operate commercially for 34 years its main terminal.

The reason for the cancellation is connected with technical problems and disagreements between the client and the consortium.

Negative news with limited impact. Although the design and construction work (valued at 650 Mn%: ~580 Mn€) amounts to ~5% of Ferrovial´s portfolio, the consortium has already completed part of the project for which we understand it will receive compensation in proportion to the work completed (work began in July 2018 and was expected to last ~3 years).

The most negative aspects are the fact that this cancellation highlights the difficulties facing construction business in the US and the loss of an interesting point of reference for securing new airport contracts in one of its target countries (even if the project focused on commercial rather than aviation management).