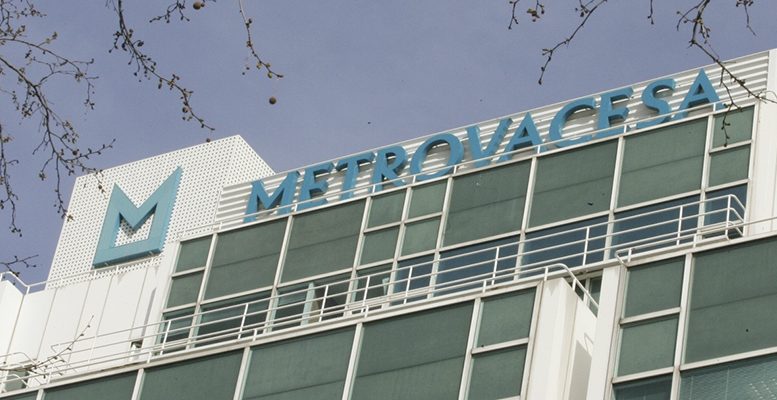 Before the crisis, Metrovacesa was one of the five big Spanish property companies, born out of Madrid’s expansion with the construction of the underground in the first few decades of the XXth century. The country’s big banks, particularly Banco Vizcaya, financed its expansion.

Listed on the stock market for over half a century, it participated in the whirlwind of leveraged takeover bids in the early years of this century. That was a time when daring businessmen, caught up in the property boom, connected with bankers who were keen to generate capital gains and were disposing of over-valued assets financing the purchase. This fuelled the bubble which resulted in bad debts and in the collapse of both the real estate and financial sectors.

Metrovacesa, like Urbis and Colonial…these are paradigmatic examples of the disaster, as well as other national, regional and local companies at the heart of the crisis and the recession. A total of over 300 billion euros of assets were tied up in this bubble, which have gradually been restructured via provisions, a bad bank, clearance sales and other adjustments. Ten years after the critical point in the boom and after eight years of adjustments, some of the large property companies have now emerged from their convalesence period with new structures and revalued assets.

Under the protection of its creditors (Santander, BBVA and Popular) during the crisis, Metrovacesa is now integrated with Merlin, a new real estate company established after the crisis. A new company, renamed Merlin, has been born with a capital structure, balance sheet and operating account ajusted to the new reality. But it has size and capacity.

The role of the banks in the new company has still to be defined, once the six month period during which they have committed not to sell their stakes is over. And the same goes for  investors response to its capabilities and performance.

In some way, the new company Merlin is a sign of the sector’s recovery, the emergence from the tunnel of adjustments, for those companies which still have years to go. The start of a new phase in the cycle with recovery possibilities, which depend on other factors unrelated to the sector.

Having reached this point, it’s now time embark on a critical analysis of what happened and provide recommendations for avoiding another similar tumble. If Parliament fulfilled its funcion, it would now be time to set up an ad hoc commission to look at the matter and come up with preventive proposals, taking accumulated experience into account.