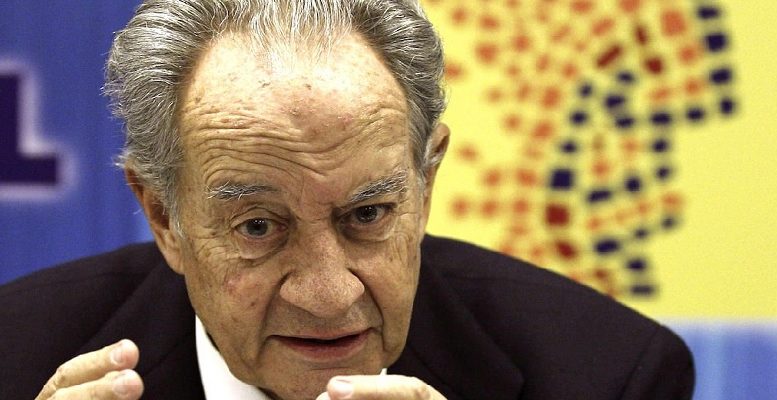 OHL chairman, founder and owner, Juan Miguel Villar Mir, is the latest big Spanish businessman to decide to leave his long, brilliant and successful career, on the point of turning 85, and has left the company in the hands of his son Juan Villar Mir de Fuentes. Although the shift is happening in an orderly fashion, it comes at a complicated moment, just when the company has been forced to leave the Ibex 35 and after a year full of ups and downs. A 1 billion euros capital hike to strengthen its balance sheet and serious accusations about poor management, both in Spain and in Mexico.

Spain is one of the countries in the EU where its big businessmen remain in their posts the longest. Despite the fact that Emilio Botin is gone and Alierta and Villar Mir have left, the average age of Spain’s top businessmen is still higher than in France (56.6 years), the US (58.8 years) and the UK (55.8 years).

Although the existence of the chief executive officer (CEO) serves to play down a lot the age of the executive chairmen of the listed companies, the important thing is that many of these companies have not decided on a generational replacements for their top bosses. This is something which Amancio Ortega (78 years old), chairman and owner of Inditex did in fact do, making history by handing over his job to Pablo Isla (50 years old).

Some of the big Ibex companies have also sorted out the generational replacement issue. Like Repsol or ACS, whose chairman Brufau (68) and Perez (70) have already named their successors. There are other companies in similar situations, although their successors are less clear, such as Iberdrola (Sanchez Galan 1950), Abertis (Alemany, 1944) or Red Electrica (Folgado Blanco, 1944).

Despite the fact there is no cause and effect relationship with King Juan Carlos (76) abdicating in favour of his son Felipe VI (46), it’s true that the decision sparked a generalised awareness for change which also affected the business world. This is something which clashes with the fact that greater life expectancy implies a longer working life, as happens in universities. In that world, teachers who fulfill a series of requirements for merits and research can retire at 75.

But while the average age of the listed companies’ chairmen is falling or they are planning or their replacements, it’s a fact that there are companies which stand out in terms of how long their top bosses have been in their posts, and whose successors are not known. This is the case of BBVA (Francisco González, 72); Acerinox (Rafael Miranda, 67); Sabadell (Josep Oliu, 67); CaixaBank (Isidre Fainé, 73); Gas Natural (Salvador Gabarró, 79) or Técnicas Reunidas (José Lladó, 80).