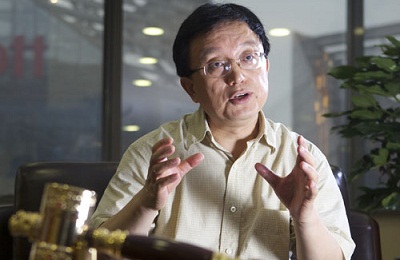 BEIJING | Guan Jianzhong, chairman at Dagong Global Credit, defends the independence of his ratings agency against the US-biased most powerful financial grade houses.

Which are the differences between Dagong and its Western rivals: Moody’s, Fitch and S&P? We are essentially different. In the case of these three agencies, they try to protect US interests. The standards they use are the result of their views and values accompanied by a lack of supervision. On the opposite, Dagong is based on fairness. Our methods are based on the internal relations behind the causes of credit risk. Hence, our duty is to uncover risk. Let people know about it. Since our method, aims and rating standards are different, the consequences are different too. You strongly support a reform of the international credit rating system. How such a global organization should work? We need to set up a new system. We just can’t modify it. This news system should be non-sovereign, use new international standards and have international supervision. These two systems are bound to coexist for some time until the market itself proves which one is right.

And the winner would be… The market would choose the new one  because it would be the most objective and impartial.

If Dagong were to play an active role  within the international rating system, how it would help balance the internal contradictions (self interests against public interests) faced by rating agencies? We’ll try our best to find a balance. Western agencies are inclined to satisfy customers needs and this affects their ratings, with all the companies giving similar ratings. Dagong wants to take the responsibility of helping setting a new system, even if we have to sacrifice profits.

Dagong has been ahead of the three main USA’s agencies in the past by downgrading the credit rating earlier than them. But why is there some reluctance to listen to Dagong? Is it a matter of confidence? It’s a matter of time. We just need time to make our system complete.

Has Dagong any plans to expand it’s operations across Europe? Europe is an important part of our strategy. We have an office in Milan. Our aim in the region is to push for economic development and support the recovery of European economy. In the long term, we also want to cooperate with European agencies to built a new system together.

Let’s take Spain as an example. Do you see in it’s debt rating the vicious cycle that seems to be wolfing down the current credit rating system? It’s a credit crises and a credit bubble. Firstly, banks face the problem of breakdown, and the government will show up and help them. The government issues  bonds and sell them to the banks. The whole cycle is a bubble that simply transfers the crises from the bank to the government.  A vicious cycle that results in a disastrous credit rating system.

If Dagong had to downgrade China’s rating, would the agency be completely free and independent from political pressures to do so? We would downgrade it. We had to tell the market. Dagong has the responsibility to uncover the risk and protect the Chinese economy. The government may pressure us but we would  insist in our outlook and downgrade the level.

Is there a risk of a hard landing of the Chinese economy? Is the slowdown more serious than the official assessments? There’s no standard that allow anyone to accurately say whether there’s a soft or a hard landing. It’s normal for China to have such an economic situation. You have to think about economy as if it were a wave: sometimes goes up sometimes goes down. People do not need to worry about Chinese economy. Instead they should worry about the Euro and the US economy. If these two economies recover, then the Chinese one will also do better.

Where does Dagong place Chinese economy? Dagong has an essential approach in its analysis. Not like western agencies do. In this sense,  China’s economy is relatively steady. In the future, within the next 15 to 20 years, it will be also steady. China is currently adjusting  its economic structure either by applying fiscal policies or monetary policies.