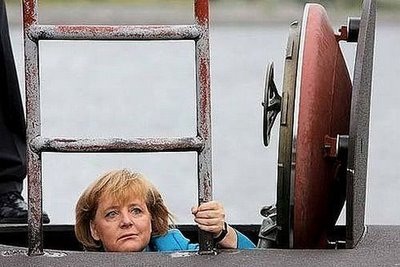 By Tania Suárez, in Madrid | José Luis Herrera, analyst at CMC Markets, considers that it’s necessary a Federal Europe in order to achieve economic policies with a combination of austerity and growth. In his opinion, authorities need to undertake growth measures that have an effect on the real economy, but avoiding a new bubble.

You recently said in an interview that world central banks could take a joint action to provide liquidity to the market. How do you think this should be done? This should be carried out in a sound manner, to show unity and strength against the markets’ blackmail. But this also must be an effective declaration of intent. However, I don’t think any of this can be done before September, or before the Greek issue is completely solved, for good or for bad.

Some analysts are surprised because the European Central Bank hasn’t activated the sovereign debt purchase plan, especially after yields of the 10-year Spanish bond exceeded 7%. What do you think about this? Bond yields of the countries that have been rescued (like Ireland and Portugal) cannot be compared to Spain's, because the magnitude and the current scenario are different. I think we are dealing with the script of a very different novel.

In your opinion, what will be the framework and the conditions for the Span

how to use facetime on ipad

ish bailout? Implicitly, there will be a further loss of sovereignty in economic policy matters, and there will also be more punitive measures for taxpayers (they are the ones paying the price). On the other hand, social welfare will be cut down, and there will be an increased tax burden. Ultimately, we will see a continuation of the tendency initiated two years ago. We have to take into account that creditors are not Missioners of Charity.

Will Italy be next in asking for a bailout to re-float its banking system? I’m scared of thinking about that, actually… But, maybe that is precisely what is needed to make Germany change its position. Perhaps, if Italy asks for a bailout, Germany will accept the Eurobonds and we will be heading towards a more federalist European Union.

There is a lot of talk about combination of austerity and fiscal control (even president Obama has supported these ideas). Nonetheless, we cannot see a clear definition of how this should be done. Which would be the most reasonable way have a go at it? With a more federalist Europe, following the North American system. There were cases of previous “bailouts”: California or Florida are good examples. Another option is a bigger global competitiveness, although this is a difficult possibility in the short term. Regarding those people that support growth, they are right. But it should be done in a responsible manner and with repercussion on the real economy, always avoiding a new bubble.