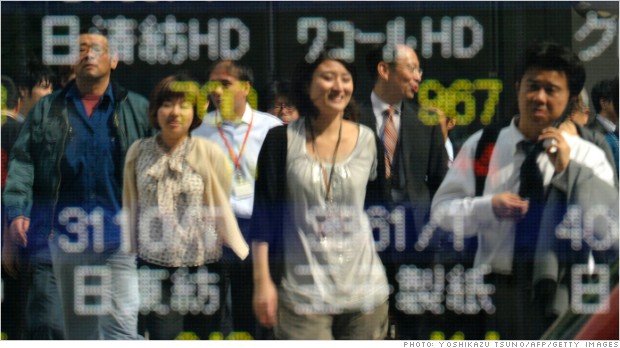 In 2011 they replaced German banks as the world’s largest cross-border lenders. Their share in the consolidated international claims system has risen from 8% in early 2007, before the global financial crisis, to 13% at end-March 2013, according to the BIS. US banks were the next largest cross-border lenders, with a market share of about 12% at end-March 2013, followed by German banks at 11%.

This marks a return of Japanese banks to the position that they held in the international banking market in the second half of the 1980s. According to the locational banking statistics, which include inter-office activity, Japanese banks’ share of the cross-border claims of all BIS reporting banks peaked at 39% in 1989.

At that time, Japanese banks funded loans to borrowers in Japan through their overseas offices in order to avoid regulatory restrictions at home. They also provided a major share of commercial and industrial loans to US and emerging market borrowers, especially in Asia. But the severe banking crisis of the 1990s, in combination with banking deregulation at home, reversed Japanese banks’ cross-border expansion sharply. Their market share reached a low in 2007 before rebounding.

The recent international expansion of Japanese banks reflects higher lending to offshore financial centres, emerging market economies and the United States. The increase in cross-border claims on offshore centres was driven mainly by claims on centres in the Caribbean, while Asia and Latin America were the main recipients of the increased credit to emerging market economies. As a result, Japanese banks’ claims on borrowers in Latin America and the Caribbean increased to almost 20% of their consolidated international claims at end-March 2013, from 15% in late 2009. In contrast, the share of claims on advanced economies fell from a high of 74% in late 2009 to 68% most recently. This was mainly driven by a retreat from the euro area, although Japanese banks’ consolidated international claims on this region have been picking up gradually since the second quarter of 2012.

(Extract from pages 16-17 of BIS Quarterly Review, September 2013. You can read the original article and download BIS report here)

Be the first to comment on "Japanese Banks Are Back"