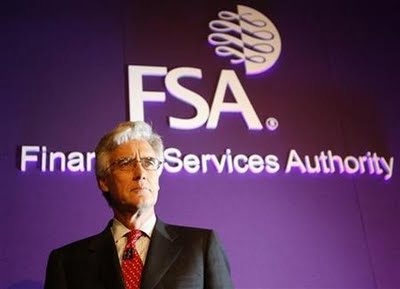 WASHINGTON | “Show me the factories, then!” Before the audience at the School for International Relations of the John Hopkins University, Adair Turner, or Lord Turner, put in these terms his rebuttal to those who defend that financial innovation betters the real economy, a selected group where we would find the former chief economist at JP Morgan and once FMI’s deputy managing director John Lipsky, who happens to strongly dissent with Turner.

But Turner, now president of the UK’s Financial Services Authority (FSA), tends to provoke. When the moment suits him, he is known to deliver harsh criticism against the financial sector, whose top watchdogs are the FSA’s four thousand employees. This jurisdiction over the world’s biggest financial hub, though, does not come as an easy task, and Turner seems to always step in the wrong spot, either because he is seen as soft in his dealings with the financial entities or because of the contrary. Controversy is a given perk of his job. So does he mind? Not much.

For the FSA, it has now been 11 years fighting the financial regulation war. This will be the last. The British minister for the Economy, the Chancellor of the Exchequer George Osborne has already signed its dismantling. London rumours have it the Turner could sit in when Mervyn King leaves the governor chair of the Bank of England. Turner denies holding any interest in taking the post, which in a twisted manner is a way of spreading the opposite message. His most immediate obsession, he says, is fed by the idea of the legacy, his legacy, and it involves the regulation of the non-regulated financial institutions, otherwise known as shadow banking system.

(This interview was conducted days before the Libor scandal became news.)

Is it more unstable than the banking system? Indeed. And there are reasons for this. Banking is an unstable activity per se due to the way maturity periods have evolved. It is only natural, since deposits comprise shorter terms than loans. That is why, in order to introduce stability, we need regulation, either preventive or over capital, liquidity and, as a last recourse, to insure deposits. Before, in the nineteenth century, the banking system was fundamentally unstable. What the shadow banking system does is it replicates that situation, that is, they act like banks but out of the regulator’s reach. Of course, theirs is an unstable activity, and this should shock no one. After all, if something looks like a bank and works like a bank, why isn’t it regulated like a bank?

But why is it that there is more instability than in the regulated banking sector? Because in the shadow banking system one tries to protect the operation by taking collateral, and that collateral is priced mark-to-market and it is subject to haircuts, rises and deductions of margins that change in a very pro-cyclical way. The question is: should we regulate contracts in the shadow banking system, particularly in markets like the very short-term credit or repo? We have never regulated that space, but should we set minimum fees to engage in a contract? Because the truth is that the markets will be unstable unless we regulate that.

In an ideal world, everybody should agree upon certain conditions to make a deal. The real world is different. The key is to learn how to put this in practice and to enhance the credit activity in a sector that, even more than in the regulated banking system, is in constant mutation and involves international counterparties. It’s very complicated to achieve any progress without international pacts to back us, so we go with the flow and adapt to the new forms of the operations.

That would be the so-called financial innovation. Exactly. The problem in 2008 was locate din the repo markets, but it could occur in any other sector, in an equivalent situation under another legal viewpoint. We may agree in that regulation is necessary, but then it comes the time to write down the details.

itrage. That is it. To a great extent, the shadow banking system simply consists of regulatory arbitrage to avoid the official regulation of the banking system. This also is the challenge: the more we regulate over capital and liquidity in banking sector, the more incentives there are to find a way to bypass it. We have to admit that regulation is inherently a process, that we need to review the financial system permanently and covering new areas, because there would always be the tendency within market participants of using regulatory arbitrage. The frontiers of the regulation activity will never be firm. [Stanford economist] Paul Romer said last year that in any financial regulation system, no matter how stable, there is a crisis every ten years. And that’s right, because every ten years there will be new financial activities that the current regulation cannot control.

That was one of the big problems that triggered the crisis: a mindset based in three elements. One, that the system was fundamentally stable and prone to self-balance. Second, that a stable and low inflation was sufficient to ensure financial stability. Third, that having defined a structure of fixed rules there was no need to further reviews. We had the world’s central banks keeping an eye on inflation and regulators imposing rules on very specific financial institutions.

What about the ‘geography’ of the regulatory arbitrage? A number of US banks have mention the possibility of moving their operations to Asian, and escape from the Volcker rule that would affect their own-stock transactions. I’m not worried about Asia. When the crisis broke, the emerging markets were overregulated, in fact, requiring higher levels of capital and liquidity than in Europe or the US. But it’s obviously a problem. Now, regarding the banks, I am confident we will reach a state in which there will be global regulation thanks to the Financial Stability Board. Maybe not everyone has noticed, but the FSB has evolved into a G-20 like institution, with representatives from China, Russia, Mexic and others.

In fact, in the US has become something of a trend to blame the Lehman Brothers and AIG fiascos on regulatory arbitrage set up in London, where the controls were loose compared to New York. It is not true. At least in the AIG case, the London office was manages by a French subsidiary based in Paris, so the French would be responsible. Lehman, truth be told, led a very effective regulatory arbitrage activity. Its ‘repo 101’ [a strategy to mask its quarterly balance with repo operations] exploited regulatory and accounting differences in the various jurisdictions the bank worked.

For our euro peripheral readers, I must ask you about the infamous credit default swaps. Those derivatives are traded over the counter and no one knows who holds them, what risks the carry in… What is sure is that they generate instability. They shouldn’t. The CDS are a sort of insurance, not speculative assets, which is how the public opinion sees them. But during the latest phase of the crazy times that brought us to the current financial crisis, the problem were the synthetic collaterised debt obligations, CDOs created with the purpose of allowing short positions on them. What it did was taking the intermediation process as a base to overcharge it with a betting system. And the real problem is that it’s a sort of operation that retail investors don’t do, it’s the same institutions that are part of the financial intermediation process who engage in such activity. To play that game, moreover, was extremely cheap because the required margins were too low. We have improved that, but we still have to watch out. We must bring more derivatives to the clearing houses, we must enhance their monitoring and raise the fees to set up operations. It’s the same case with the CDS, we must readdress their use to the insurance option.

But most CDS contracts aren’t cleared. They are beginning to, it’s part of our reforms.

The Exchange Traded Funds are another source of concern. That is true. Particularly synthetic ETFs, but all of them in general. We are tracking them closely, as we should.