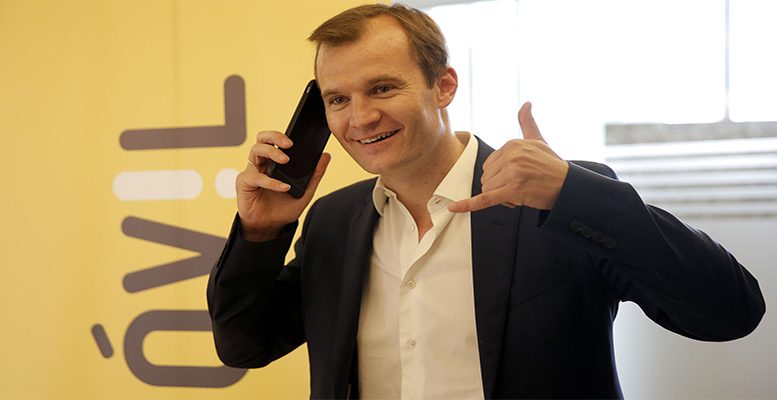 Masmovil has cornered the main operators in Spain:Movistar,Vodafone and Orange

Telefonica anticipates launching a new comercial brand in Spain in the next few months. O2 will aim at those clients who need a less comprehensive product than that offered by Telefonica through Movistar. Movistar focuses on convergence of services and added-value.  O2 will try to cover all segments of the low and medium cost market where the entry of Masmovil  has caused competition. Indeed Masmovil, which has been listed on the Madrid stock market for a year, after transferring from the Alternative Stock Market (MAB) where it had been listed since 2012, has already cornered the main operators in Spain: Movistar,Vodafone and Orange, whose tendencies in mobiles lines are deteriorating again, according to official data from the competition regulator CNMC.

It is true that after Telefonica announced the launch of O2 in Spain Masmovil shares fell 16%. But in principle, although competition is the main source of risk for Masmovil, Telefonica´s launch should not impact on Masmovil´s opportunities in the “value for money” segment. Morgan Stanley economists suggest the following reasons.

“Telefonica´s is very different to Masmovil´s, even though the former wants to attack the same client niche. Telefonica has to defend its leadership position in Spain with an impressive 40% of the market, while Masmovil still has everything to gain, still with low levels of penetration in its niche.”

“To begin with, Telefonica has limits on sales given that its prices are greater than the competition in most of Spain. The tariffs of O2 and Masmovil (45 euros/month) will only be applied to 35% of the Spanish population, as they are only applied in the 66 cities considered competitive by the regulator. The rest will have tariffs 13 euros higher.”

This makes it clear that the arrival of O2 will not prevent Masmovil continuing with its strategy. Morgan Stanley expects it will capture 10% of the Spanish broadband market. This is pretty conservative given what has happened with low cost operators in other European countries (eg Iliad against Orange in France).