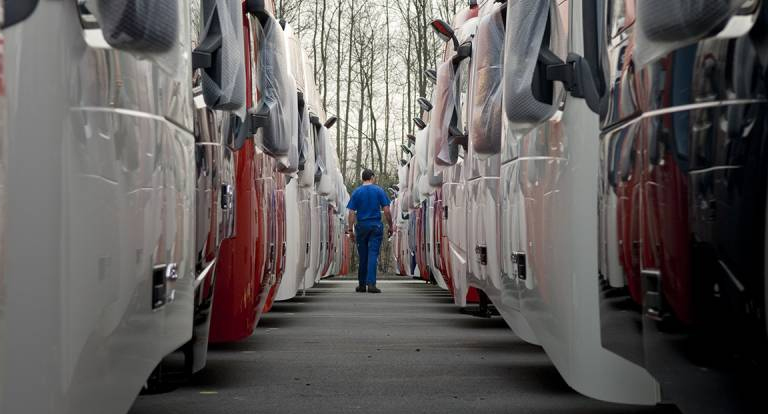 The sales of vehicles in Europe in May remained flat in May (+0.8%) after growing 9.6% in April. With that annual sales increased 2.4%. The motor of growth among the main markets is Spain (+10.6%), followed by France (+3.5%) and Germany (+2.6%). Meanwhile the UK registered a sharp deterioration (- 6.8%). There was a marked increase in sales by mass production brands, while luxury brands suffered severe reversals. Specifically the strong performance of the PSA Group (+58%, although the comparison is distorted by the inclusion of the figures for Opel and Vauxhall), Renault (+6.4%) and Volkswagen (+6.4%) and the falls of BMW (-6.0%) and Daimler (-5.3%).

The European car market is difficult to deal with, and one of the worst of the last month. The sector collapsed when the Trump administration insisted that European imports would be subjected to new tariffs. This is clear in the under-performance of German producers, who are net exporters to the US, although they operate a handful of local plants … but also in Mexico. Peugeot, which has car plants in Iran rather tan the US, survived this blow, while Fiat Chrysler, which is primarily American (Chrysler) was delighted by the news. Renault suffered indirectly from a fall of 44% of prospective sales of Nissan in the US. The sector has also suffered, presumably, from the highest petrol prices since the second quarter.

It is important to point out the extraordinarily low Price to Earnings Ratio (PER) in the sector. No-one has confidence in this industry, whereas the reality is that the sector has achieved increases in profits every year since 2009 (when it registered losses).

Following Dieselgate and before the irruption of electric vehicles and autonomous cars, and confronted by the attempts by the Chinese to corner the market by establishing national standards to protect their industry, investors have kept to the margins. The impacts on the industry are too great for investors to be able to see clearly where the sector is going.

In AlphaValue they well understand these doubts. The protectionist iniciative of the Trump administration simple sums up the numerous uncertainties in the sector. One of the most frequent questions is whether cars will become the new smart phone – with all the optimistic possibilities associated with the idea of people seated in the car using their time to carry out all manner of other activities instead of driving – or become efficient robotaxis or Smart cars, where you will need only one unit to meet demand, where in the past you would have needed one hundred. It is unlikely that smart cars will take over the industry in the next decade. This will leave plenty of time for the industry to consolidate, with large Chinese corporations buying the European brands.

However, we think that we should not be counting on dividends, given that the industry has a history of strong capital expenditure (CAPEX) – at least on this side of the Atlantic – and that it will have to invest even more to cope with the challenges of the smart car. It is therefore unlikely that the European car industry will the next to follow in the wake of of the tobacco companies. And that may be the main problema.