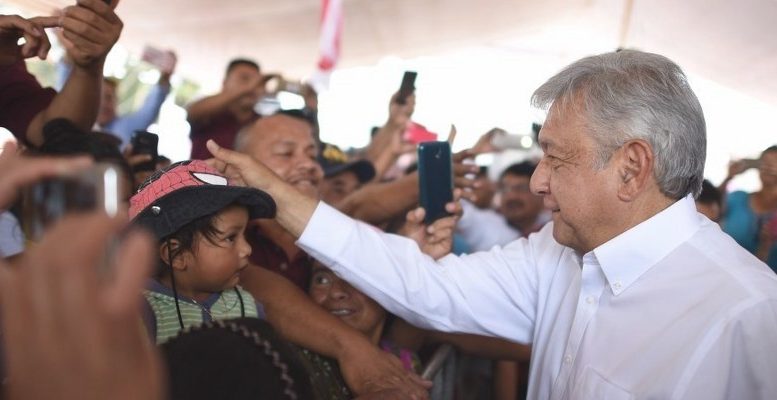 According to the economic press, the recently elected President of Mexico, Andrés Manuel López Obrador, wants to stop or, at a minimum, reconsider the construction project for the international airport of Mexico City, which was awarded to a consortium in which Spanish FCC and Acciona participate.

The President doubts the transparency of the adjudication of the lots into which the implementation of the infrastructure was divided, with a total Budget of 12 billion euros. Above all, he believes that it is a white elephant which is diverting attention from other national priorities.

López Obrador intends to promote a popular consultation on the airport before the end of October. The suspensión of the works would undermine the portfolios of both Spanish companies (which were awarded as a consortium the construction of the terminal for 3.72 billion euros).

Designed by Norman Foster, the new International Airport of Mexico (NAIM) will have a capacity to handle 70 million passengers per year in its first phase and up to 125 million travellers when fully completed, which would make it one of the three largest airports in the world. Currently the airports with greater traffic are Atlanta, Beijing and Dubai.

On the other hand, according to Lima Airport Partners (LAP), the operator of the airport, FCC, together with the Italian company Salini Impreglio and the US company Aecom, will form part of the team charged with the design and construction of the enlargement of the international airport Jorge Chávez de Lima (Peru). The investment required for the execution of the project will be 1.5 billion dollars (1.2 billion euros)

FCC Construcción has participated in highly complicated international airport projects, like Terminal 1 at Barcelona-El Prat airport, the third runway Terminal 4 at Madrid-Barajas airport, the terminal at Riga airport (Latvia) and the control tower at El Dorado airport in Colombia.

According to Bankinter, the contract reflects “the ability of the subsidiary FCC Americas to win important infrastructure investment projects in Latin America and allows (assuming FCC receives one third of the budget) the portfolio of Construction to grow by +9.2% and the total portfolio of the company by +1.4%.”

LAP´s objective is to create an infrastructure that will benefit millions of users over the next few years and contribute to the development of the country, fulfilling the principle objectives of LAP: the construction of a second runway and a new passenger terminal, following the terms and conditions established in the concession contract signed in 2001.