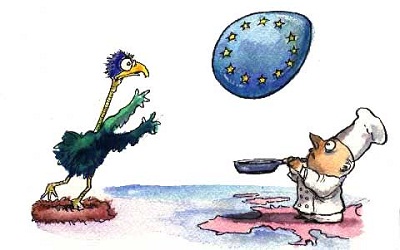 LONDON | The London-based National Institute of Economic and Social Research on Friday put its baseline forecast for global growth on 3.5% for 2012. The NIESR gave next year a slightly higher growth rate probability of 4%. In both cases, the Institute assumes a downward revision of about 0.5 percentage point in each year compared to its last forecast.

The NIESR warned that the financial instability resulting from the euro crisis, combined with fiscal austerity measures, does have a substantial negative impact on the European expectations for economic recovery and to a lesser extent in the US. Even so,

“our central forecast assumes that European Monetary Union remains intact, and a decisive agreement will be reached by the second half of 2012 that will ensure European sovereigns are able to meet their borrowing needs at reasonable rates of interest.

“The combination of this path for interest rates, tight lending conditions, and fiscal tightening in many euro area countries results in a mild recession in the euro area as a whole.”

The Institute projects moderate increments in economic activity in the US and Canada while in Japan, post-earthquake reconstruction will support growth, albeit still in a deflationary environment. In China, where there is some evidence of rebalancing from exports to consumption, the report states that there could be only a gradual slowdown.

In the UK, NIESR analysts expect unemployment to continue to rise this year to about 9%, and to remain elevated throughout the forecast period. The UK economy

“remains weak, and over the near term we do not expect economic conditions to improve. We expect output to be flat this year, as both the private and public sectors continue simultaneous deleveraging.  Meanwhile, while net trade provided the only significant positive contribution to growth in 2011, the euro area, the UK’s largest trading partner, is likely to enter recession.”

Be the first to comment on "Mild recession but EMU intact, says NIESR"