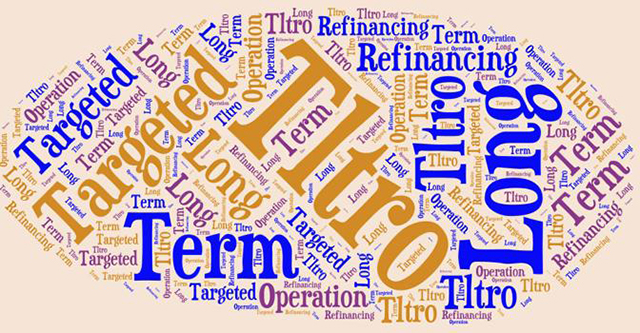 “We understand that the majority of banks have preferred to wait for the second TLTRO  to previously know the results of the AQR and stress test scheduled for October 26, as well as the quantity of money and the technical details of the ABS purchase program that the ECB will probably release at its next meeting on October 2, which will also allow to increase the sector’s funding power, ” analysts of Bankinter commented on Friday.

Financial institutions will take advantage of the opportunity provided by the ECB to obtain around € 400 billion of cheap liquidity. Spanish lenders could receive almost €54 billion, 7% of credit lending volumen to companies and families, excluding mortgages, at 0.15%, for 4 years.

“These cheap money auctions will provide funding for up to three times the amount of actually granted credit so it will have a very significant impact on the banks’ balance sheet entities and on their interest margins,” add Bankinter analysts. “In addition, entities that do not participate in them will find themselves in a competitive long-term disadvantage since they would have to finance future growth at higher interest rates- and that could mean losing market share or getting smaller ROE´s.”

What’s the money for?

Banks could buy more treasuries. According to Santander’s research team, that could be possible “considering that carry trade represents more than 10% of many peripheral lenders’ P&L.”

“The use of the TLTROs for the granting of new loans is, from the point of view of P&L, more attractive for the banks than buying government debt,” they commented.