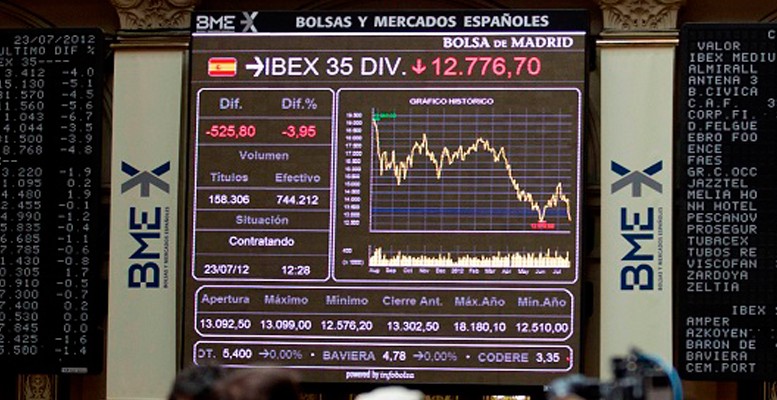 F.Barciela /F. G. Ljubetic | The 25 non-financial companies listed on the Ibex 35 index have achieved something in 2015 which many considered as impossible: reducing their debt ratio. And they have done this despite the fact that their net income was lower than the previous year. According to BME (Bolsas y Mercados Españoles) their financial debt was 38% of liabilities, compared with 44.3% in 2014.

Of course we should be clear that we are talking about a ratio. Overall, in figures, these firms’ debt has fallen just 0.8% to 263.528 billion euros from 265.624 billion. So where is the magic? The answer is that these 25 companies have improved their balance sheets, via capital hikes and fixed income issuances, under more advantageous conditions.

billion euros. At the same time, they have increased their financing by 15.4% to 120.4 billion euros through fixed income issuances. According to BME, these moves have resulted in a “an improved and stronger balance sheet over that period,” as well as reducing liabilities and borrowings by 7.4% to 393.8 billion euros.

“These companies net financial debt to equity fell to 1. in 2015. Eight years ago this ratio stood at 1.42,” says BME. Another explanation for this positive performance is the fact that the 25 companies in question now use bank financing, which is expensive, much less than they did in the past. Between 2010 and 2013, their bank financing has dropped no less than 35% tol 84.4 billion euros.

On the whole, these companies have used their own shares to remunerate shareholders via scrip dividends. At least six companies have chosen this option, which has also had a positive impact on their balance sheet and deleveraging. BME highlights another relevant factor in this process: “the acquisition of corporate bonds by the ECB (as part of its corporate sector purchase programme).”

The deleveraging process could have been more extensive if these companies had achieved greater profitability. But their net income fell 23.4% in 2015, mainly due to the poor performance from the emerging markets. These account for two-thirds of the 25 companies’ turnover.

That said, the drop in revenues was mainly down to Repsol, ArcelorMittal and Abengoa, which filed for bankruptcy last year.

Taking these three companies out of the equation, the net income of the remaining 22 would have actually increased by 9%. In fact the 25 firms had a good year in terms of sales in 2015, clocking in about 545.5 billion euros, more or less on a par with 2014. BME adds that “four or five companies achieved good profitability and 64.17% of them also posted an increase in net income year-on-year.”