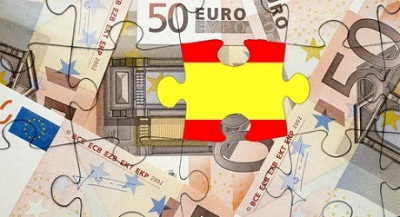 LONDON | The euro area's debt-burdened economy is unlikely to improve soon, but it has built in up resilience against steep declines. The downturn this time should be softer than it was four years ago, Legal & General Investment Management LGIM said in an investor note.

The report explained that growth in the euro area will remain weak but that a severe recession in the region as a whole is unlikely.

“The euro area debt crisis is undoubtedly a major concern. Fortunately, global economic conditions are much better than during the ‘perfect storm' that started in 2008,” said economist Hetal Mehta. “2008 was notable for high and rising interest rates, tight credit conditions, oil at $150 and collapsing world trade. Those conditions just don't exist today.”

LGIM still expects the euro area to experience a mild recession in 2012, and for growth to be near zero in 2013, based on a scenario in which policymakers manage to keep Greece in the European Monetary Union.

“Naturally, the main risk to this forecast is a Greek exit, which would have a large negative impact on growth across the region,” Hetal remarked.

39;s research emphasised that although the peripheral euro area countries all have high government debt levels, there are significant differences between them. This has implications for their respective paths back to sustainable debt levels.

“Spain is often spoken of as the next Greece, but this isn't the case. While Spain's public debt is rising as the economy undergoes a recession, at least the private sector is no longer borrowing. And by next year we expect exports to exceed imports and external interest payments, which effectively means Spain becomes self-financing,” said Hetal. LGIM data coincided with market consensus over expectations that Germany will remain the best-performing economy in the region, with France seeing some, albeit weak, growth as it has yet to implement any significant measures aimed at balancing its budget and cutting debt. For the short term, government debt levels are set rise almost without exception across the euro area and the UK, too, which lead to further credit rating downgrades.