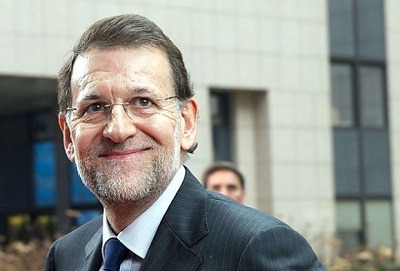 how do i get back my ex girlfriend

By Luis Arroyo, in Madrid | Changing the goal posts… Again, Brussels rectified. The euro finance ministers Ecofin made this morning the decision of not waiting until 2013 to release at least part of the capital aid package. A third of the total sum of €100 billion will be available in July.

The connotations of this change of mind, though, go beyond the mere evidence of having to adapt to a harsher market environment. Until yesterday, the conditions and the word of Germany's Chancellor Angela Merkel were known, loud and clear: she said there would be no money before a common supervisor, under the roof of the European Central Bank, was set up for the euro zone's banking sector. She also said this would not be done this year. She was adamant this was a non-debatable point for the German government.

But things have evolved. The markets sent a warning during Monday's sessions, pushing particularly Spain towards the brink of the abyss. The Spanish banking industry's recapitalisation will begin now. Unfortunately, this is the confirmation that the euro zone's heavy weights have no plan whatsoever, that they just react to events. And that's all there is.

On one hand, Spain has been given a longer deadline to tackle the deficit, which will soften the situation for each year. In 2012, the target will be to cut the public deficit down to 6.3 percent per GDP, a percentage point higher than it had been marked before. The 3 percent deficit target should be achieved in 2013, a much more realistic goal and in line with the International Monetary Fund's recommendations to avoid the contraction of a too-ambitious fiscal consolidation policy.

On the other hand, it looks like Spain's finances will be closely monitored and, even if just temporarily, the government will assume the debt resultant from the banking sector rescue, which is urgent. Spanish president Mariano Rajoy's intentions of completely offsetting the bailout debt without any impositions have not come to realisation.

The situation is an impossible one. Credit needs are dire, and we still don't know if the government, the Fund for Orderly Bank Restructuring or the Bank of Spain will take command of the banking bailout. Tapping the bond markets in these circumstances will not be fun.