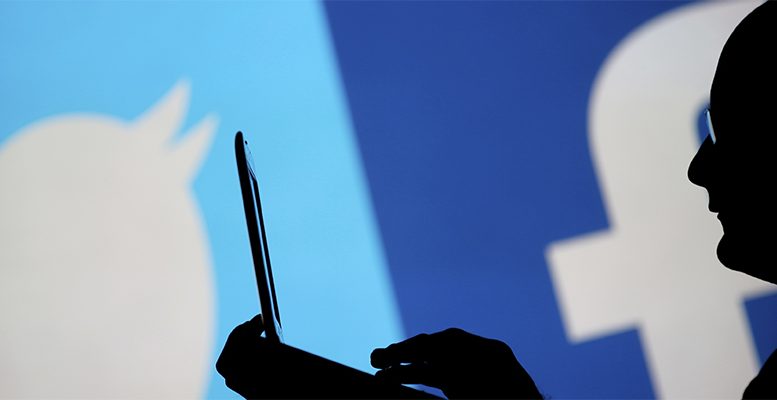 Facebook and Twitter have been significantly punished by investors following figures about users which created doubts about the performance of both companies in the future. In the first case, according to Bloomberg data, the profits per share (BPA) in 2018 performed better than expected at 1.74$ compared to the 1.715% expected by analysts, even though sales valued at $13.23 Bn didn´t meet expectations of $13.33 billion.

Neverthless the problem lies with perspectives for the future which are what really decide valuations, and these suffered the burden of unsatisfactory user data. The number of users active per month increased 1.74% in 2018 to pass from 2.196 millions to 2.234 million, disappointing market expectations and delivering the smallest increase since Facebook provided figures. Moreover the gross figures conceal the decline in users per month in markets like Europe, down from 377 to 376 million and the stagnation in Canada and the US at 241 million since Q1 2017.

The performance of user data in the more mature markets, also in daily terms, arouse doubts about the future which are also shared by Twitter. The microblogging company suffered a reduction of 1 million active monthly users in Q2 2018, down to 325 million. In both cases, the weak point is the same and is linked to the need to count on reasonable confidence for the future due to the tech sector valuations based on pretty positive medium term expectations. In fact, at close on 26 July, “futures purchases” in the tech sector was shaping a P/E ratio in the Nasdaq based on a mobile average of profits of 10 years of 45.02 compared to the figures of 29.81 for the S&P500 or 19.68 for the Eurostoxx.

The aforementioned P/E ratio for the Nasdaq is still far from the disproportionate figures of nearly 60 times in 2002, even if this doesn´t mean that current valuations are not demanding and more vulnerable to the impact of information that undermine expectations. Therefore if there are more negative surprises like Facebook or Twitter, the tech sector could be one of the catalysts for a complicated August, although the risk appears contained.

For the moment, Amazon´s figures have served a counterweight given that its profits reached a monthly record of $2.5 Bn in Q2 2018, with BPA at $5.07compared to estimates of $2.51 collected by S&P Global Market Intelligence, or the $0.4 in Q2 2017. The greater weight of cloud services with greater margins and the improvement of margins in the retail channel have allowed these figures, despite incomes of $52.9 Bn being less than expected, although remaining within the expectations of the company ($51-54 Bn). Nevertheless, the most important aspect is that Amazon anticipates the positive tendency continuing in Q3 2018 to record profits greater than estimated by analysts, even if the figures for incomes remain below market expectations for the current quarter.