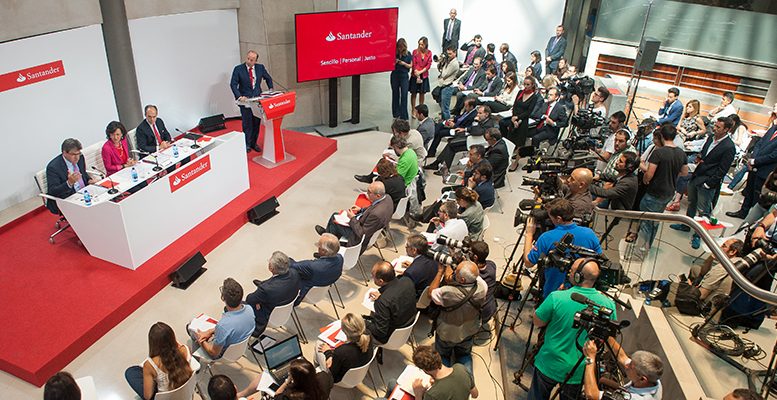 Banco Santander reached an agreement on Tuesday to sell US private equity firm Blackstone a majority 51% stake in 30 billion euros of soured property assets and loans it inherited when it bought ailing lender Banco Popular in June.

The deal ranks as the biggest property sale in Spain, amid renewed investor enthusiasm for bricks and mortar as prices recover after the country’s real estate bubble burst in 2007.

Santander expects to close the transaction in the first quarter of 2018. A new company will be set up where Popular will transfer toxic assets with a gross aggregate book value of 30 bilion euros, as well as Aliseda’s capital, valued at some 1o billion euros. Blackstone will own 51% of the new company, with Popular holding the remaining 49%. The US firm will take on the job of managing the assets.

Santander paid a nominal one euro for Popular after it suffered a run on deposits and the ECB finally stepped in. Spain’s biggest bank said it would raise 7 billion euros in capital and sell off Popular’s unproductive assets over three years, including 29.8 billion euros of property assets and toxic loans.

The sale of the real estate assets will have a positive impact of 12 basis points on Santander’s CET1 “fully loaded” capital ratio. This is in addition to the recovery of the 5 bp used up as a result of the purchase of 51% of Aliseda in June.

The bank headed by Ana Botin said in a statement that the valuation of the assets sold to Blackstone is “in line” with what they are worth, including the provisions and the restructuring of Popular’s balance sheet carried out after the acquisition.

So “there is no substantial capital gain or loss,” Santander noted.

Analysts say operation the operation is no suprise and is good news for Santander.

“Santander is significantly reducing the property risk, enabling the normalisation of the NPLs ratio, around 3.55% compared with 5.37% after buying Popular. It also improves its capital ratios.”

Renta 4 agrees that “one of the risks associated with the Popular acquisition” has now decreased with the property assets sale to Blackstone. But the analysts warn there is still the risk from the lawsuits presented by former Popular shareholders. On the upside, they flag that:

“The liquidity – not capital gain – from the transaction, combined with the freeing up of capital currently commited to RWA (risk-weighted assets) of this property segment, will improve Santander’s CET1 by some 40 basis points.”