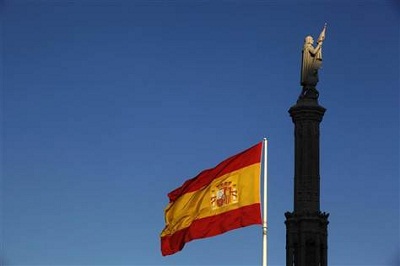 MADRID | Everyone seems to skip the nagging fact that stress tests undertaken by Oliver Wyman and Roland Berger only focused on credit risk. Thus, the extra capital requirements only reflect shortcomings in the banking book due to potential bad loans. But any serious test has to embody securities risk in general and sovereign bonds in particular. The European Banking Association has performed it every time it has put European banks under close scrutiny.

But in a rather unconvincing way back in 2010, it over-weighted the effect of a potential overall rise in interest rates, a move which proved to work in the opposite direction while allowing for rather subdued sovereign shocks based on a standard 5-year bond. This politically correct exercise did little to save Ireland and Portugal from resorting to rescue plans, badly eroding EBA record. Last year’s test was conducted in a more credible way, allocating different haircuts according to maturities, under the assumption of a premium risk hike. Yet, it grossly underestimated the looming Greek debt implosion.

It seems rather obvious that domestic public bonds held by Spanish banks stand as one of the major threats in terms of risk exposure. Even if we disregard a full-fledged sovereign shock, high interest rates wreak havoc on its ballooning €260 billion portfolio. Failure to correct artificially high book values grossly feeds into unrealistic balance sheet figures. Claiming that most bonds will be held until maturity provides a poor excuse for refusing to enter even limited provisioning. After all, assets should somehow reflect their disposal value, any huge deviation in their price amounting to a substantial hidden loss.

This issue, currently considered in Brussels and Frankfort, might increase dramatically fresh capital requirements. As much as €30 billion, should a rather moderate haircut in 8-year average maturity being applied. But everyone shows great concern at the spill-over effects such a hypothesis might induce on Spanish risk premium.

Markets could overreact at any hint shedding light at the size of this looming problem, moving public bonds’ interest rates sharply upwards. It might work as a self-fulfilling forecast, adding pressure to an exhausted Treasury. Severe strains on Spanish banks are also to fear as even the comfortably buttressed credit institutions might be forced to shave off dividends to raise funds in an attempt to restore solvency ratios.

Yet, unless this issue is addressed, it will cast serious doubts on the results of the final stress test to be disclosed in September to fine tuning the final rescue figure. Markets might react angrily at any covert attempt to mask the sovereign holdings frailty. Recovering credibility in earnest standing as a must, anything that might put it in jeopardy is likely to backfire sooner or later.

1 Comment on "No sovereign bond haircut for Spanish banks? That’s not serious"