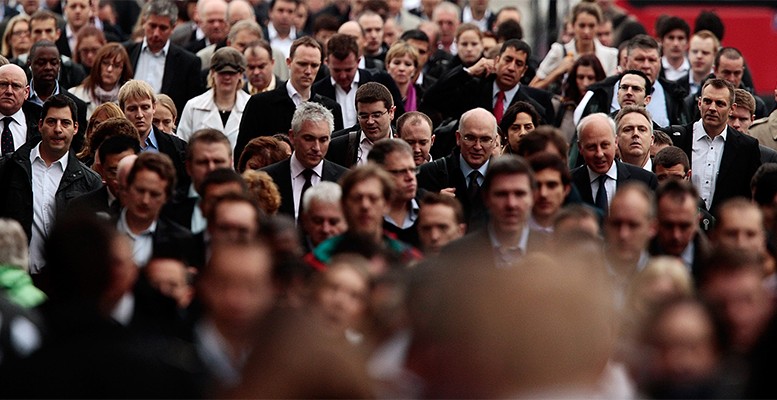 Traditionally, most Spaniards have had their investments with the banks. And not even with private banks, just retail lenders with no real investment strategy, but targets to meet.

So the EAFIs are considered as upstarts encroaching on their business. “There is a lobby against the EAFIs. It is not in the CNMV’s or the banks’ interest that they grow,” says Rafael Juan y Seva, founding partner at Áureo Wealth Advice.

“Yet we have to comply with the same tough regulatory requirements as, for example, brokerage houses. But while they can buy and sell shares, we can only advise,” he explains.

EAFIs were created under the MiFID 1 directive in 2009, but there are currently just around 170 operating. This  compares with the thousands of authorised independent advisers  in countries like the UK and the US. But the CNMV only authorises 20 new EAFIs each year.

And yet now, more than ever, these independent firms have a key role to play as “active” investment advisors, says Gabriel Lopez, Managing Director at Inverdif.

“People are very lost because of all the volatility in the markets. They need better quality advice. Passive advisors, like the banks, have been fashionable up to now. But they just replicate the indices.”

Still the retail banks control the market, selling clients their own funds, which in itself implies a huge conflict of interest.

But the winds of change are blowing in the shape of MiFID 2. This new directive, approved in 2014, will oblige bank managers to sell other external funds to clients. It will also introduce changes in the fees and commissions charged for investment services.
Unfortunately for the EAFIs, the implementation of MiFID 2 was recently delayed by one year to January 2018.
“And the reason for this is that it is not in the banks’ interests,” says Juan y Seva.

The lenders’ profitability has been hit by the double whammy of low interest rates and narrow margins. So they need to cling on to any opportunities they have to make money.

Market volatility is likely to persist as uncertainty remains over China, oil prices and what the central banks in Europe and the US will do next.

“There’s a huge question mark over the central banks’ mandate,” says Lopez, noting that demand in the US has not picked up as Fed chair Janet Yellen and her predecessor Ben Bernanke had hoped.

“The (European) markets have lost faith in the ECB’s policy measures, they rose 10-15% after the first QE was announced. But now, a year later, they are 10% below that level…Central banks also make mistakes,” Lopez concludes.

The global economy will continue to slow says Juan y Seva. “But none of the issues which were scaring the markets are big enough to justify the performance at the start of the year.”

Global markets fell sharply in the early part of 2016, with US equities seeing their worst January in history.

China is a concern, but Áureo Wealth Advice doesn’t think the country will collapse, as private consumption continues strong, outpacing manufacturing in terms of its GDP contribution.

Sarah Beseler, investment strategist at Áureo Wealth Advice, says the effect of a 1% drop in China’s growth would result in a 0.4% decline in European growth.

“The impact is not as huge as one would be led to believe by the markets’ behaviour,” she says.

There is always value in equities in the long-term, according to Juan y Seva.  Áureo Wealth Advice is generally above the market average in terms of its exposure to stocks.

The investment advice a client receives depends on their risk profile. Within these risk profiles Áureo Wealth Advice  constructs model portfolios with a two-year horizon.

The EAFI has 5 risk profiles, ranging from “conservative” – 10% equities and 90% fixed income – to “aggressive.”
Its equity basket currently has a 0% weighting in emerging markets and a small weighting in both Japan and the US. Europe has the lion’s share, underpinned by the positive impact of the tailwinds from QE and oil prices.

Inverdif’s investment advice is also long-term, and its 5 risk profiles range from “very conservative” to “aggressive.”

A moderate risk profile would consist of 50% equities and 50% fixed income, Lopez says.
Each profile has a volatility ratio. “Namely, how much risk you are willing to live with.”

Inverdif’s equity basket has a 40-45% weighting in both the US and Europe and around 10% in Asia. Trading at a discount of around 25% from their maximum historic levels, Lopez considers European equities to be “reasonably well-valued.” He has a similar opinion about US stocks.

So what is the best bet for investors? “Dividend stocks”. We recommend large companies with good dividends. And there are funds specialising in dividends,” Lopez says.

Consolidation on the cards for EAFI’s?

One of the many hurdles facing the EAFIs is that they cannot change a client’s investments. “We can only advise…and this is something the client does not always understand,” says Juan y Seva.

Another problem is that there is no common rule defining risk profiles in Spain, so a client’s bank could contradict the EAFI’s risk assessment. Áureo Wealth Advice believes the CNMV should introduce a general rule on risk profiles.

“EAFIs have great growth potential but regulatory changes are needed,” says Juan y Seva. He thinks the CNMV will eventually ease up on their requirements, while consolidation will also happen over the next couple of years.

“If there is a critical mass of EAFIs, it would then make sense for them to create a brokerage company. This would imply higher costs, but they would have discretionary management.”

Áureo Wealth Advice was founded in 2012, when Spain was at the peak of its crisis, amid rumours of a bail-out. “But it was easier to give investment advice then than it is now,” says Juan y Seva.

“The problems were much more focused on Spain. There were some good opportunities in the US and emerging markets, as well as Germany, at that time. Now there are fewer alternative investment options.”

So is Spain a good investment bet now?

“There is not much value in Spanish equities,” says Lopez, highlighting the market’s big exposure to the banking sector and to weak LatAm economies like Brazil. The current domestic political uncertainty is also weighing on sentiment. “Spain is not where the big investment funds are looking to make money,” he adds.

Lopez founded Inverdif less than a year ago. “We knew there was a niche in the market. People are being badly advised by the banks.” Inverdif is the only EAFI authorised to advise clients on investing in the world of art.

“But the big chunk of investment returns is from asset allocation. That is the most important factor, not timing.”