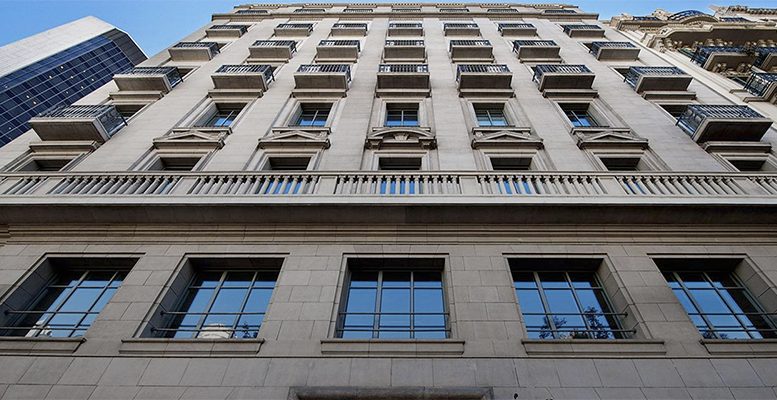 Spanish property firm Colonial had a good year in 2017, gaining 36.3% year-on-year compared with a drop of 1.56% year-on-year for the office market sector in the rest of Europe, due to the fear of an increase in long-term rates.

Taking into account the 2017 figures, Alphavalue analysts have adjusted their forecasts for the company.

The company’s conversion to a SOCIMI (without having to pay any taxes on rental revenues in its portfolio) has had a positive impact on recurrent earnings, with a 22% rise year-on-year to 83 million euros.

Whatsmore, Colonial implemented its Alpha II acquisition programme (starting in Q1’17) with the purchase of four assets (for 400 million euros). At the beginning of the 2018 fiscal year, the company launched its Alpha III project, which includes the acquisition of four assets in Madrid and one in Barcelona (a total estimated investment of 480 million euros). In Madrid, Colonial aims to develop 110.000 square meteres of offices in the Center Business Direct.

On the other side of the coin, the independence problem in Catalonia and the political instability has affected the property market in Barcelona. “It’s not clear if the spell on Barcelona has been broken, but what’s happened on the political scene has confirmed Madrid as a safer centre for Spain,” Alphavalue analysts say.

In November 2017, Colonial successfully completed a takeover bid of Axiare, with an 87% stake. It offered 18,5 euros/share and a premium of 13% at that time. Axiare will merge with Colonial mid-April 2018 and Colonial shares will be offered to the minority shareholders. Of Axiare’s portfolio, 77% is located in Madrid. The acquisition will enhance Colonial’s position as the new office giant in the EU, with a portfolio valued at some 10 billion euros for 1,7 million square metres in use and 333.000 square metres in development. According to Alphavalue:

It’s a fact that the share price’s recent rise has eliminated part of the upside potential (+7.71% on a 6 months horizon), which does not have any support in terms of dividends. It seems as if it would be smart to wait. A week ago the company placed 650 million euros in 8-year bonds.”