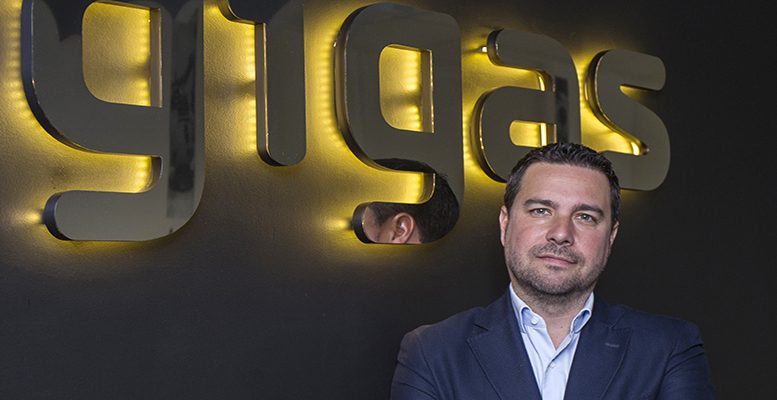 Gigas is a Spanish multinational which trades on the MAB. It has offices in Spain, the US, Colombia, Chile, Peru, Panama and Mexico, and data centres in Madrid, Miami and Santiago de Chile. They provide storage and information technology. The company’s market capitalisation is 19 million euros. This year their revenues will be up 35% and profits by 126%, without taking into account any possible corporate deals. The company’s CEO Diego Cabezudo has talked with The Corner.

Q: What are your plans for this year?

A: The most I can tell you is that our strategy is to accelerate growth, complementing organic with non-organic growth. We have spent the last year analysing a lot of companies. Our sector is very atomised, with half of the market in the hands of two or three firms in the world, while the other half is controlled by hundreds of thousands of companies…in Spain’s case we can be talking of a thousand. We have called an AGM for today April 23 and we are going to seek approval for a bond issue. We are doing it with Inveready, which was one of the core shareholders in Masmovil, the MAB’s big success story which was built on acquisitions.

Q: And do you believe a cross over to the Continous Market, like Masmovil, will be a natural move?

A: People think the MAB is a secondary market, but it’s an alternative one, for companies which are expanding. In the Continuous Market, there’s hardly any company which is doing this in the explosive sense. We are predicting a 35% rise in sales this year, 172% in EBITDA and this without any acquisition. If the forecasts for the other acquisition are met, the numbers will be higher.

Q: The President of the AEMAB confessed to us just recently that the MAB is not functioning, that it’s at a standstill. That’s not your case, but…

A: I wouldn’t say it’s not working, but yes there are a lot of things which need to be worked on. There is still not a lot of volume, there are more or less 40 companies in the expansion segment. The socimis segment is growing a lot more, but it’s true that the segment for companies in expansion is moving slower than Bolsas y Mercados or myself expected. We need more companies, a critical mass, then there would be an ecosystem of investors who focus on these firms and buy shares, investment funds…because there is practically no fund manager investing in the MAB. And there are fund managers of small caps and micro caps. We need to work towards having funds specifically for the MAB, or for microcaps, which take companies from the Continous Market, from the MAB, from other European markets…

Q: How would that need to be organised?

A: I think the best thing would be to set it up within the BME, for us issuers to put money in and for there to be some analysis. Start to close off this market circle. If we had a much bigger market, this would definitely happen on its own, and as there would be funds investing etc, there would be research houses following the fund. But as this is not the case, we need to do certain things to push it forward. And one of these is also related to the tax system. We need to provide incentives. There are some, but they are distributed by autonomous regions, which doesn’t make a lot of sense. It’s also complicated and discriminating. When we made our stock market debut, if an investor from Madrid invested in our company, 20% of this could be deducted from his personal tax declaration. But an investor from Asturias cannot deduct anything. That really does not make a lot of sense. And if instead of being a company from the municipality of Madrid we were from Asturias, no-one would have made any deduction. This is where I think the government should take matters into its own hands.