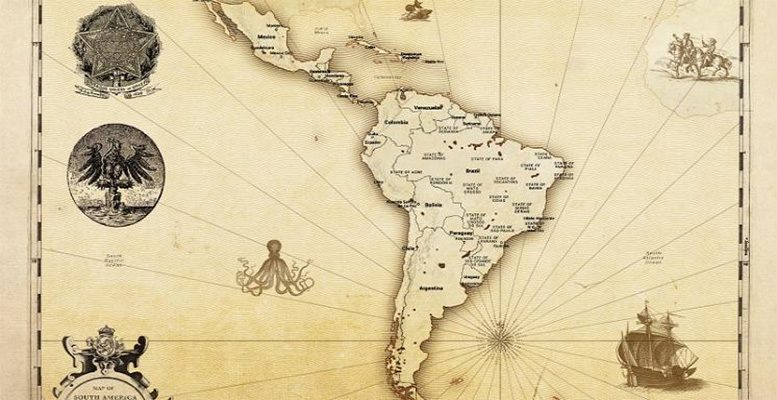 Manuela Andreoni | A spate of elections will make 2018 decisive for Latin America. As the world marches toward a more conservative and even authoritarian future, this year’s presidential elections — in Brazil, Mexico, Colombia, Paraguay and Costa Rica — will determine whether the region will follow suit, and to what extent. Venezuela will head to the ballot box in May, but evidence suggests the vote will be far from free.

The election season is already underway. Leading the pack, voters in Costa Rica on April 1 backed the centre-left former cabinet minister, Carlos Alvarado Quesada, who decisively beat a conservative evangelical pastor, although polls had the two candidates neck and neck. Paraguay’s election is the next, slated for April 22. But it isn’t easy to tell where the continent is headed, amid a rise of alternative candidates and a widespread frustration with the political establishment.

“The big question is what will happen to Brazil and Mexico, both in economic and in political terms,” says Mauricio Tenorio, professor at the University of Chicago specializing in Latin America, referring to the two countries in political crisis that have both seen an escalation of anti-establishment views. But those events, Tenorio explained, cannot be seen in isolation from the rest of the world: “What happens will depend a lot on what happens in the United States, while in Brazil, it will depend a lot on China.”

Meanwhile, each nation has very specific local issues to worry about, as they set their route for the next few years. In Mexico, tensions in the business community are high on the agenda as the leftist leader Andrés Manuel López Obrador, a veteran candidate with two presidential campaigns behind him, leads in the polls; he is trailed by the lesser-known establishment candidate, José Antonio Meade. In Brazil, while it is still unclear who exactly will run in October, there are hopes an election could help ease long years of economic and political crisis. However, Jair Bolsonaro, a far-right anti-establishment politician, has ignited fears of an even bumpier road ahead. Meanwhile, ahead of Colombia’s pending election in May (a second round will take place in June if no candidates reach a majority of votes), questions about the peace deal with the FARC are setting the tone.

While people in Brazil, Mexico and Colombia, the three biggest countries in the region, face tough questions about the direction of their future, the rise of anti-establishment politicians in Mexico and Brazil reflect the poor track record of the political establishment in addressing voters’ issues. In recent years, both countries, alongside many others in the region, have been tainted by corruption allegations, wiping out citizens’ little remaining trust in their governments. One of the most striking incidents involved the Brazilian construction company Odebrecht, where high-ranking executives admitted to bribing politicians in 10 Latin American countries.

According to the 2018 regional report on Latin America from Bertelsmann Stiftung’s Transformation Index (BTI), a survey conducted by the Latinobarómetro in the region’s 18 countries (excluding Cuba, Haiti and Jamaica) showed that “46% of respondents believe politicians had lost their credibility and would most likely never recover it.” The scandals can help explain the appeal of anti-establishment politicians. The BTI report, published this month, suggests that widespread dissatisfaction is fueling a race to the extremes of the voting spectrum in the region, where “Authoritarian — even autocratic — solutions for pressing problems are an increasingly popular option.” It also points to voter disillusionment as a widespread trend: “Brazil is not alone in its malaise — almost everywhere in the region there is a marked decline in approval ratings for democracy.”

But while the conservative parties are gathering steam, support for leftist ideas continues unabated, as shown by López Obrador’s strong fan base in Mexico. In Brazil, meanwhile, a recent survey by Datafolha points to a resurgence of leftist ideas, such as supporting gay rights and the belief that poverty reflects a lack of opportunity. Support for social policies have likely made former president Luiz Inácio Lula da Silva the frontrunner in this year’s elections in Brazil, even after his arrest on April 7 following a corruption conviction many of his supporters believe is unfair. Though his party affirms he is still their candidate, it is very unlikely he will run.

But regarding economic policies, a veer toward conservative ideas is evident. The election of Mauricio Macri in Argentina in 2015 was the first sign of this tendency, which was later confirmed by a string of subsequent elections in the region. In 2016, Peru elected banker Pedro Paulo Kuczynski, who recently resigned amid corruption allegations. And in 2017, Sebastián Piñera won the elections in Chile, replacing Michelle Bachelet’s leftist government.

“This is a new tide that changes what happened in the 10 previous years, the so-called ‘pink tide,’” says Rafael Ioris, a professor of Latin American history at the University of Denver. The “pink tide” swept populist left-wing leaders into office across the region in the course of two decades, with Hugo Chávez’s rise to power in Venezuela in 1998 and Lula da Silva’s election in Brazil in 2002.

In Brazil, the “pink tide” broke without elections. Lula’s successor Dilma Rousseff was impeached in 2016, substituted by her Vice President Michel Temer, a veteran center-right politician, who pushed for more conservative policies such as an overhaul in the labor and pension legislations. So all eyes are on this bonanza election year to see if Latin American voters will continue to back the market-friendly trend started by Argentina’s Macri, or whether there will be a swing to even more conservative views, echoing a pattern underway elsewhere with Brexit in the United Kingdom, the election of Donald Trump in America and Austria’s right-wing coalition government under Sebastian Kurz. The rise of Brazil’s Bolsonaro, who has been second in the polls for months, is leading some to believe the status quo in Brasília will face the same surprise Washington did in November 2016.

The last political cycle lifted tens of millions out of poverty in many countries across Latin America. But the challenges of a stagnant global economy seem to have put the social policies that championed that change into question. Mounting corruption allegations delivered powerful blows to the political establishment that saw through this transformative period. It is unclear what this new political tide will bring. As the BTI report stresses, “structural transformation takes time and patience, which many citizens no longer have to spare.”