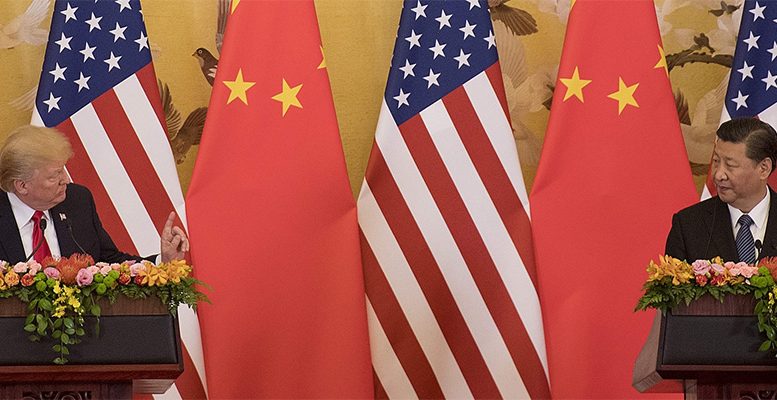 The U.S.’ protectionist moves against China look different this time.

By Alicia Garcia Herrero and Jianwei Xu   via Caixin | The escalation of the Sino-U.S. trade war has been worrying the world over the past few weeks. After the Washington’s announcement of punitive tariffs on 1,333 Chinese products with a value of up to $60 billion under the Section 301 of Trade Act, Beijing responded very quickly with a retaliation list of 106 products of the same value. Although it is not the first time that the world has been caught in the China-U.S. crossfire, the U.S.’ protectionist moves against China look different this time. In fact, they are broader-based both as they involve a much larger number of products and in that they also target the global competition for U.S. companies and not only the U.S. market.

More specifically, the investigation announced by the U.S. administration on April 4 into as many as 1,333 products on the grounds of potential violations of intellectual property rights exploits Section 301 of the Trade Act. This is surprising in itself as Section 301 has rarely been used in recent times. Because of its unilateral characteristics, which are intrinsically inconsistent with the international dispute settlement system introduced by the WTO in 1995, U.S. trade actions have not usually invoked Section 301 (except for non-WTO members, such as Ukraine in 2001) but rather Section 337 of the Tariff Act. In fact, in the past few decades, the U.S. has only launched five investigations of very specific products under Section 301 against China, and none of them have ever been implemented. Instead, a compromise was always reached before the end of the interim period.

However, this time around, the U.S. investigation covers a very long list of products at an approximate value of $60 billion (about half of U.S.’ imports from China according to our own estimations). More importantly, some of the higher-end products included are not yet major exports from China into the U.S., such as aircraft and spacecraft. The magnitude of the list is unprecedented even in the context of Section 301 investigations, but can only be triggered with the Section 301. First, Section 301 wins over Section 337 as the latter requires proof of harm to the U.S. domestic market, which limits the products that can be covered, but this is not necessary for Section 301 which can be invoked if U.S. interests in third markets are threatened. Also, Section 301 does not require a specific applicant or industry for the investigation, so it can be used completely under the initiative of the U.S. government. Moreover, the use of Section 301 is very telling in terms of the U.S.’s final objective with this trade war, namely China’s future production capacity rather than its present capacity and, thus, China’s long-term competition with the U.S. at the higher end of the manufacturing spectrum.

In a nutshell, this round of U.S. protectionist moves against China is very different, and frankly much more worrisome, than past ones. It is in no way just a poker game launched by the U.S. to reduce its bilateral trade deficit with China, but the herald of an era of China-U.S. strategical competition. On this basis, it seems difficult to have the two parties involved sit at a negotiation table since the number of topics to be negotiated is too broad and the U.S. and China simply have opposing objectives.

Alicia Garcia Herrero is the NATIXIS chief economist for Asia and a BRUEGEL senior research fellow, and Jianwei Xu is a Natixis senior economist for Greater China.