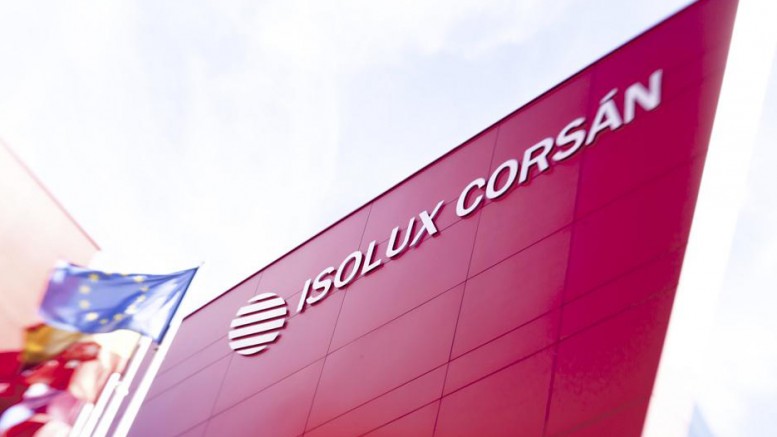 The construction companies are showing they can adapt well to the international markets and are highly competitive, which is reflected in their profit and loss account, although this is occasionally bloated by too much debt.

But those big Spanish construction or engineering firms which decided to participate in the world of renewables have not had the same luck. They put all their trust in a disproportionate subsidies policy which Rajoy’s government put an end to, in an attempt to reduce the country’s shocking public deficit. Afterwards, the chairman of Isolux accused the government of ” giving into the traditional electricity companies’ lobby” by taking away the renewables’ subsidies.

Abengoa is caught up in this matter, and now also Isolux, a midcap company, which has had to reach an agreement with its main creditors to obtain a 200 million euros funding injection to avoid going into receivership.

The financial entities with the greatest exposure to Isolux are Santander (640 million euros), Caixabank (350 million) with a 28% stake in the company, and Bankia (335 million). The financing agreement reached implies increasing the banks’ risk with Isolux, with Caixabank taking on the lion’s share of 50% of the total amount.

In addition to the 200 million euros, the agreement also includes an acquittance of the company’s current debt (4.6 billion euros), although the amount is not known.

The intervention in Isolux, as already happened in the case of Abengoa, has been sprinkled with its share of scandal, which has ended in the departure of its chairman Luis Delso and its deputy chairman Jose Gomis. The chairman’s son Alvaro Delso and the current financial director have also left, the latter facing accusations of having concealed what was effectively Isolux’s technical collapse.