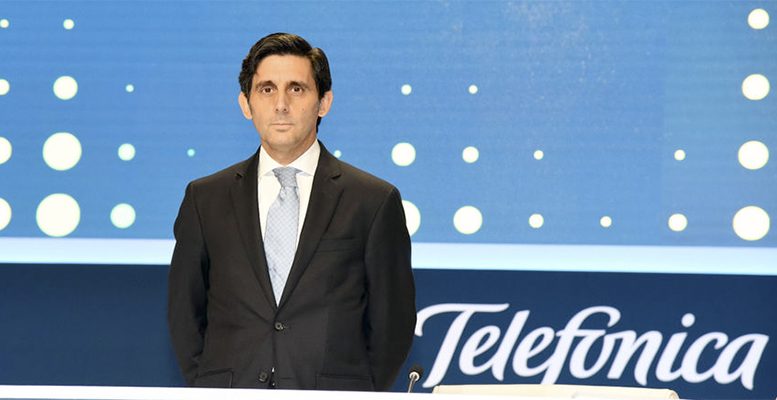 Telefónica today presented its results for the period January-September, which stand out for the high-value commercial activity during these months and for the improved growth trends, which allows the Company to upgrade its revenue growth guidance to around 2% (vs. around 1% previously), despite the negative impact from regulation (approximately 0.9 p.p.). It reiterates the OIBDA margin guidance (y-o-y expansion of around 0.5 p.p.), CapEx/Sales excluding spectrum (around 15%) and the dividend announced for 2018. Also relevant is the reduction in net debt (-9.7% vs 3Q17) and the financing activity of the first nine months of the year, close to €12,400m.

Operating income before depreciation and amortisation (OIBDA) totalled €4,038m in the third quarter, decreasing by 1.4% y-o-y. In January-September, OIBDA amounted to €12,035m (-2.0% y-o-y). In organic terms, OIBDA increased by 4.1% y-o-y in the quarter (+3.8% in January-September), reflecting the positive revenue evolution, savings from digitalisation and simplification, and cost containment efforts.

Moreover, the depreciation of foreign currencies against the euro, in particular the Brazilian real and Argentine peso, had a negative impact on the Company’s reported results. In the third quarter, the exchange rate evolution (excluding the hyperinflation adjustment) reduced y-o-y growth of revenues by 8.1 p.p. and OIBDA by 9.5 p.p. (-8.5 p.p. and -9.8 p.p. respectively in January-September). However, the negative impact of the depreciation of currencies at OIBDA level decreased significantly in terms of cash flow generation, since the depreciation also entailed lower payments in terms of CapEx, taxes, interests and dividends to minority shareholders.

Reported variations of the consolidated financial statements for January-September 2018 reflected the adoption of IFRS 15 and 9 since 1 January 2018 (results of January-September 2017 are reported following prior accounting standards). Organic variations excluded the impact of the accounting change to IFRS 15 in 2018 (-€23m in revenues and +€15m in OIBDA for the third quarter; -€50m and +€36m respectively in the first nine months). The accounting change to IFRS 9 had no significant impact on the results.

Third quarter results have been affected by other factors. In terms of OIBDA, the impacts were as follows: a Brazilian court ruling (€307m), contingencies in Brazil (-€110m), hyperinflation adjustment in Argentina (-€123m), restructuring costs (-€34m), and capital gains on the sale of towers (€24m) and digital companies (€21m).

CapEx in the first nine months of 2018 totalled €5,680m (+4.7% y-o-y) and included €612m in spectrum payments. In organic terms, it increased by 5.0% and continued to focus on the radical transformation of networks deployment of ultra broadband networks and network virtualisation) and quality improvement. Operating cash flow (OIBDA-CapEx) reached €6,354m in January-September 2018 and increased by 0.7% y-o-y. In organic terms, it grew by 2.9% reflecting the good business performance. Free cash flow reached €2,957m in the first nine months of the year (-8.3% y-o-y) and increased by 0.9% excluding spectrum payments.

During the first nine months of 2018, the financing activity of Telefónica increased to approximately €12,360m equivalent (without considering the refinancing of commercial paper) and focused on maintaining a solid liquidity position, and refinancing and extending debt maturities (in an environment of low interest rates). Therefore, as of the end of September, the Group has covered debt maturities for the next two years. The average debt life stood at 9.16 years (versus 8.08 years in December 2017).

In a context where connectivity and digitalisation are key to the global digital ecosystem, Telefónica continued developing its platforms and offering a differential customer experience. Telefónica Group’s access base stood at 356.3m at the end of the September, virtually stable y-o-y, after a quarter with a strong commercial momentum both in customer acquisition and quality. This commercial activity in high-value customers accelerated average revenue per access to 3.5% y-o-y in organic terms (+3.0% in January-September), while churn remained stable.