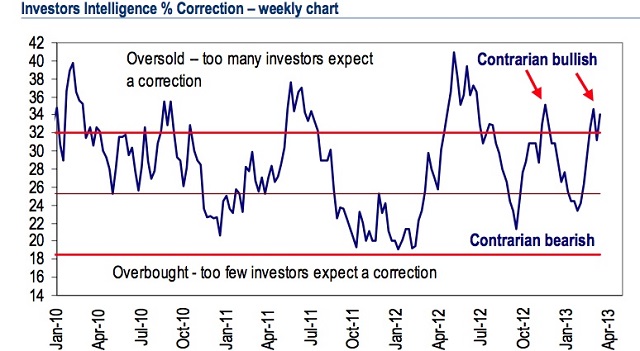 Right when the Standard and Poor’s has reached a historic high, Investors Intelligence’s sentiment data shows that 34 percent of newsletter writers are expecting a correction. This is just a few decimals before the two previous corrections so, oddly enough, nobody believes in the current rally.

That could mean that the current rally has no legs. However, the Standard and Poor’s is now $14 trillion, more than twice the $5.9 trillion it was worth on its low of 2009.  In the last three months, the index has risen by 10 percent in spite of all the uncertainties about the fiscal cliff, the sequesters, China’s slowdown and, last but not least, Cyprus and the re-opening of Europe’s can of worms.

Be the first to comment on "The bull market nobody believes in?"