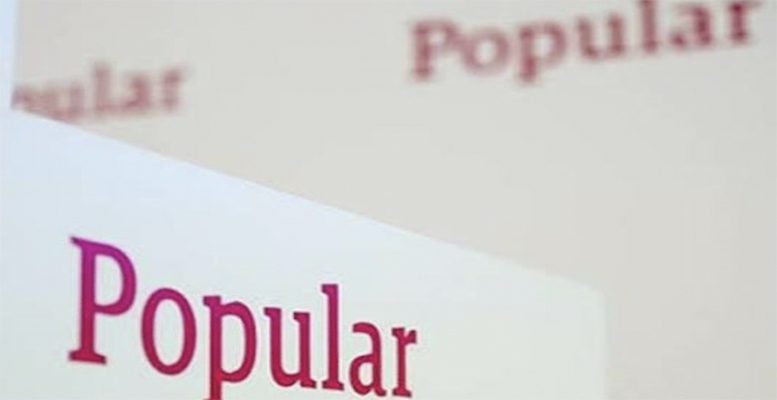 Brussels is not concerned about the Spanish banks, even despite the problems of a systemic lender like Banco Popular, in the process of being sold. There is already a consolidation process going on in Spain, namely the tie-up between Bankia and BMN, due to take place in the summer. And according to a top European source the authorities “are dealing with the situation with clarity.”

In the Eurogroup meeting this Monday, the ECB explained the main conclusions from its latest visit to Spain, accompanied by the European Commission. It said it detected that “non-performing loans remain high and various banks need to strenghthen their balance sheets” to deal with “their legacy of property assets”. Words which directly pinpoint the problems of banks like Popular.

In response to this, Economy Minister, Luis de Guindos, said “the financial system’s situation in terms of bad loans, profitability, the restructuring carried out and the private investors who hold subordinated debt prove that a huge effort has been made in Spain.”

The eurozone finance ministers don’t like discussing a particular bank, “this falls to the regulators,” according to a community civil servant. And  even more so if, as European Commissioner for Economic Affairs, Pierre Moscovici, acknowledged after the Eurogroup “in the banking and financial sectors matters are going in the right direction.” And they went as far as to express “their satisfaction and confidence” to De Guindos.

The latest Bank of Spain figures show a decline in the NPLs rate in March to 8.82%  from a previous 9.14%. As a whole, sector NPLs are over one percentage point lower than the levels of one year ago, a decline which is in parallel with the moderation in the decrease in lending, which is now only down 2.1%. For Spanish Banking Association spokesman, José Luis Martínez Campuzano, the two variables reflect “the continued adjustment in the banks’ bad loans with the strong rate of growth in new loans.”

It’s clear the banks’ solvency has improved. Since 2008, the global decline in bad loans is 3.7%, as the IMF explained in April, and the ECB and the European Commission confirmed during their visit. In Italy, the clean-up is zero, a drop of 0.1%, and the same in Portugal, down 0.2%. Spanish lenders have restructured their balance sheets thanks to the nearly 40 billion euros bailout, when the European authorities offered the FROB funding of up to 100 billion euros. The Economy Ministry has boasted about the clean-up and the consolidation since 2012 and in private insists the Spanish banks balance sheets are much more transparent than those of other countries. For that reason, it has asked all the European partners for the same transparency.

A transparency with which De Guindos dodged the issue of rumours over Banco Popular’s future at the Eurogroup’s meeting yesterday. “As it did with other banks, Popular invited Bankia to analyse its accounts. They told me that and I have absolutely nothing to say,” he said, at the same time as he avoided talking about the possible sale of the bank headed by Emilio Saracho. “There is a consolidation process ongoing, which is that of Bankia with BMN.” The FROB holds 65% of both banks but Bankia would be “completely autonomous from the point of view of its decision-making.”

Shareholders of both lenders approved the merger in July and they have to decide, according to De Guindos, “what the share exchange will be and take the decisions they deem appropriate. The FROB doesn’t have much to say in this.” The process is on track because the summer is when the restrictions imposed on Bankia for carrying out corporate deals, derived from the confidentiality agreement subscribed with the ECB and the Commission after the bank bailout, end.” The ban affects any participation, whether it’s under the legal form of a company or a package of shares which form a business.

So in July, Bankia would be just in time to absorb Banco Popular, which will make a decision from June 10 onwards about the preliminary expressions of interest it has received from other banks. By rushing the deadline, the former Caja Madrid would avoid the European veto and would not have to notify Brussels or Frankfurt of its intention to take over a bank with 36 billion euros of assets and requiring provisions of more than 4 billion euros to cover its bad loans.