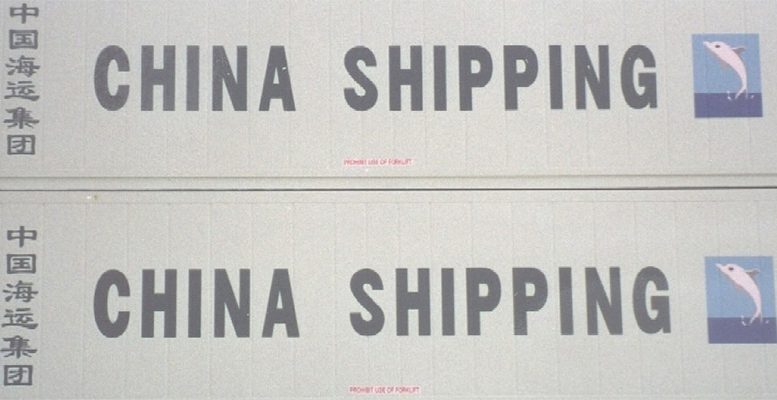 Barry Eichengreen via Caixin | The trade deal announced by U.S. and China last week is not easy to evaluate, involving as it did everything from beef and poultry to liquefied natural gas. Washington and Beijing hailed it as an important breakthrough, but skeptical commentators dismissed it as little more than a repackaging of existing commitments.

The most important thing to be said about the agreement is that it averted catastrophe. It is an indication that following their Mar-a-Lago summit, Presidents Xi Jinping and Donald Trump wish to work together. Their success in concluding an agreement, however modest, gives reason to hope that there is now hope for avoiding a trade war.

An additional positive sign is that the agreement entails limited commitments from both sides to further open their markets. An alternative would have been for the U.S. to insist on China imposing voluntary restraints on exports of aluminum and steel, in the manner of the voluntary restraints the U.S. demanded of Japanese automakers in the 1980s. To save face, China would have then demanded voluntary restraints on U.S. exports, perhaps of agricultural goods and financial services. But instead of limiting trade, the two governments exchanged commitments to further open their respective markets.

To be sure, the critics who emphasize creative repackaging of prior commitments have a point. China agreed nearly a decade ago to grant access to foreign credit card companies. It committed already in September to remove its ban on U.S. beef. And while it agreed in principle to allow foreign providers of electronic payment services to enter its domestic market, the U.S. had already fought and won a World Trade Organization case on this question.

Other concessions were more clearly new. China consented to allow U.S. credit rating agencies to enter its market and to expedite regulatory approval of bioengineered seeds. The U.S. for its part agreed to relax its restrictions on exports of liquefied natural gas to China and to drop its prohibition on imports of cooked poultry products. While these are not path-breaking concessions, they at least move in liberalizing directions.

So which side made more progress in achieving its fundamental goals? Surely the most significant part of the package, far more important than chickens or credit cards, was Trump agreeing to send an official delegation to the Belt and Road Summit in Beijing. The Obama administration had refused to participate in the Asia Infrastructure Investment Bank, to which the Belt and Road Project is linked, for fear that China would use the bank and the belt to shape economic relations in Asia and Africa to its advantage. But the Obama administration had an alternative strategy — namely, the Trans-Pacific Partnership (TPP), designed to promote Asia’s integration with the Western Hemisphere. By prematurely abandoning the TPP, the Trump administration closed off this avenue. And now, whether realizing it or not, it has effectively endorsed an approach in which China will have the loudest voice.

Beijing’s other priority, besides shaping regional integration, is securing its energy security. And here getting the U.S. to lift its ceilings on exports of liquefied natural gas is an important achievement.

What did the Trump administration achieve? Exports of T-bone steaks and credit-rating services are not going to bring manufacturing jobs back to the United States. These limited market liberalization measures are not going to reduce the U.S. trade and current account deficits. The United States runs a current account deficit because it saves less than it invests. A trade deal with China, even an ambitious one, can do nothing to change this fundamental fact.

A more important determinant of changes in the trade deficit going forward will surely be changes in the federal budget. And if that budget moves further into deficit — if the government saves even less — then the external deficit will worsen rather than improving. This is of course exactly the scenario pointed to by the administration’s recent tax proposals. Commerce Secretary Wilbur Ross asserted last week that an improvement in the U.S. trade deficit should be evident “by the latter part of the year.” Come autumn, his constituents should hold him accountable for this promise.

The Trump administration’s ulterior motive was clearly to cultivate Chinese cooperation on the North Korea problem. In Trump’s view, China has now made an implicit commitment to solve it. But getting North Korea to limit its missile tests and to agree to inspections of its nuclear facilities will take years, even if Beijing applies all the pressure at its disposal. Trump is impatient. In the not-too-distant future, he will grow impatient over lack of progress on North Korea and over the failure of the U.S. trade balance to improve. At that point, China is likely to re-emerge as the target of his ire.