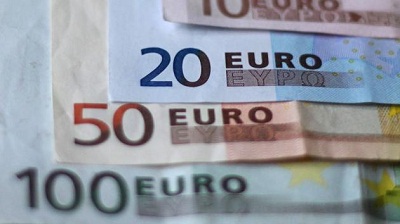 By Íñigo Villegui | Capitalmadrid.com | Something is happening in the euro zone. The possibility of a purchase of bonds by the European Central Bank or by a bailout fund, which would favour the tightening of risk premiums and facilitate access to markets for public and private sectors, is getting closer. Or, at least, that’s what investors assume. They have gone from considering that Spanish finances were doomed to dismiss this hypothesis.

It is expected that the European Central Bank will make an important announcement next Thursday, which will remove uncertainties and will cut the Spanish risk premium down to more acceptable levels. At present, the IBEX 35 fluctuates between 5,900 and 7,250 points. If the ECB decision is confirmed, the downside risks could be removed and the IBEX 35 could increase to 7,500/7,600 points. As a matter of fact, the last three days have been positive and pleasant.

The current governor of the National Bank of Austria and director of the European Central Bank, Ewald Nowotny, has defended that the European Stability Mechanism (ESM) should obtain a banking license to get financing from the ECB and, this way, make it possible to significantly increase the availability resources. This, in turn, would allow the ESM to act in the debt markets if necessary.

Nowotny’s position surprised the markets in a positive way, because this possibility didn’t fit in with the thesis of northern euro countries, nor in fact with the ECB’s itself. But the surprise was even bigger when Mario Draghi himself said that he and the institution would do whatever was necessary to maintain the euro; and he added, “believe me, it will be enough.”

Draghi’s words gave the impression that new important measures are coming. Merkel and Hollande backed his position through a statement where they said they, too, “would do all in our power to defend the euro,” and that Germany and France were deeply committed to the integration of the euro zone. These pronouncements triggered a U-turn in the investor sentiment, and now investors are eagerly waiting for the FED, ECB and BoE meetings that will take place next August.

The slowdown in the US economy seems to point at new monetary policy stimulus packages. Also in the UK, the disappointment of the second quarter GDP figures may imply another round of monetary stimulus. The euro ball is in the ECB’s hands.