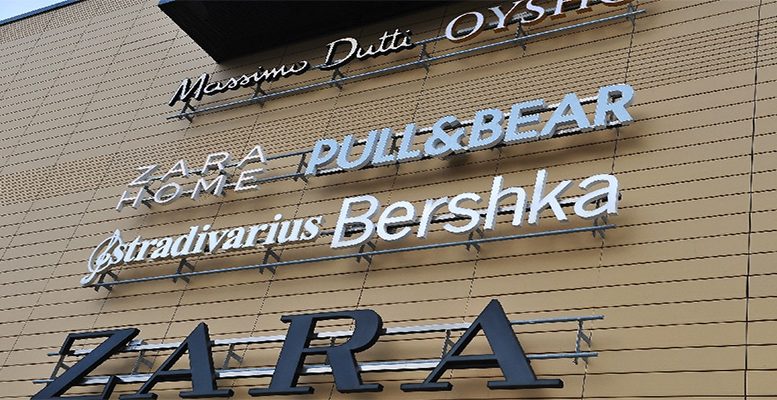 Nobody has been able to explain, in any credible and understandable way, the reasons for Inditex’s sharp stock market decline, precisely in a year when it’s beating records in terms of sales and profits. It’s difficult to take on board how a company, with the strength of the Galician fashion business behind it, can have been so affected by the euro’s appreciation. It’s not that bad. And another explanation, that its stock market price had risen substantially since the start of 2016, also doesn’t seem very coherent.
Of course it’s not the first time the company has lost momentum in the market. Between December 2015 and March 2016, the stock price fell from 34 euros to 27 euros, a drop of 20%. The current slide has not been so dramatic. Having not stopped rising from those 27 euros to 36,6 euros at the beginning of June, since then the stock has lost 14% of its value. This Monday it was trading at 31,4 euros per share.
As a result, the group was ‘only’ worth 99.9 billion euros and its main shareholder and founder, Amancio Ortega (with 59%) was now less wealthy than Jeff Bezos, the boss of Amazon. These ups and downs are normal, but the persistent drops in Inditex’s share price has caused a certain amount of concern amongst analysts and brokers. It’s obvious that investors have been offloading their Inditex shares as if they had lost some (quite a bit) of faith in the company’s potential.
In these last two weeks, for example, the drop in its share price led to a succession of not very favourable recommendations on Inditex. Several broking houses have lowered their target price for the Galician fashion retailer. They explained this was necessary as they already predicted that the euro’s appreciation was going to have a negative impact on sales and earnings (in euro terms) in the second quarter of the year.
Citi cut its target price by 4% to 40 euros, while Credit Suisse did the same, from 29,7 euros to 25 euros. UBS, Jeffries, Société Générale, JP Morgan, HSBC, Macquarie and Berengberg were next to cut forecasts.
Another of the analysts’ arguments is that it’s not the best moment for the distribution sector, and in particular the fashion segment. So they fear that Inditex is not in a position to be able to meet previous growth expectations in the coming quarters.
Despite the fact this drop in the stock price might make some sense given that the loss is very similar to the euro’s appreciation (13%), it’s strange how quick the market has been to punish a company with such growth potential as Inditex. You can’t help but notice it.
That said, it should be pointed out that analysts maintain their confidence in the company. There are very few who advise a Sell. Only 8%, while 30% recommend a Hold and 62% a Buy.
The Galician group beat out all other brands in 2016. Revenues reached 23.311 billion euros, up 12% from a year earlier. And earnings passed the 3 billion euros threshold for the first time: 3.157 billion euros to be precise, up 10% year-on-year.
In the first quarter, the company once again provided positive news, with sales of 5.569 billion euros, up 14% from a year ago. This prompted analysts to say that Inditex “is meeting expectations in light of the year’s strong performance.” Things are going so well that, even in Spain, where the fashion market is still weak, sales rose 6.2% this year. And 20% in the last three years.
Sometimes what happens to Inditex is a bit like what happens to the US tech firms: faced with strong growth, analysts sometimes get frightened and become conservative. At the end of the day, this company’s performance has been worthy of a champion. In 2007, before the crisis, revenues were 9.4 billion euros: last year they reached 23.3 billion. And this growth has remained solid in the last few years. Last year, sales grew 12%, less than the 15.4% of 2015, but more than the 9.2% in 2014.
Despite the fact it considers America and Asia as markets where it can expand, it even has a huge opportunity to grow in Europe. While it has 1.763 stores in Spain, it has no more than 299 in France, 135 in Germany and 110 in the UK. This shows its growth possibilities in Europe are still high.