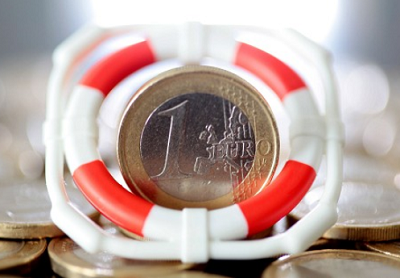 LONDON |The European economies are likely to continue being a significant source of volatility as disagreement within the European Central Bank inhibits its ability to put the region on a firmer footing, Standish said in a report published Thursday. The fixed income specialist for BNY Mellon made the observations in its April Outlook, by the global macro strategists at the firm. The conflicting viewpoints of members of the ECB’s governing council should give way to joint European action, according to the report. Standish warned that markets do not believe the ECB will move to improve liquidity until the sovereign spreads in Spain and Italy approach previous highs.

In the opinion of David Leduc, Standish’s chief investment officer,

“volatility is likely to lead to continued range-bound trading for rates near term.”

As it stands now, monetary policy is too loose for Germany and too tight for almost every other country in Europe, economist Thomas D. Higgins noted in the paper.

“The ECB’s long-term refinancing operation (LTRO) has certainly helped to reduce systemic risk in the banking system,” said Higgins. “However, the LTRO’s honeymoon with investors may be ending as they realise that the flood of liquidity does nothing to address Europe’s underlying solvency problems.”

The Standish note pointed out that European leaders need to take a number of steps to safeguard the future of the euro. These should include lifting restrictions on the free flow of capital and labour across borders, harmonising tax entitlement programmes, developing a true pan-European budget that allows for transfer payments from stronger to weaker regions in the currency area, and creating a true euro zone bond issuance programme.

“Such measures could take years to implement, but investors likely would take comfort that Europe would be working toward a common goal,” read the paper.

“These actions are advisable so that the debt-laden peripheral European nations can escape from a pattern of recessions, which drive down government revenues. Lower revenues typically result in more austerity.”

Be the first to comment on "“Time for a true euro zone bond,” BNY Mellon Investment advises Brussels"