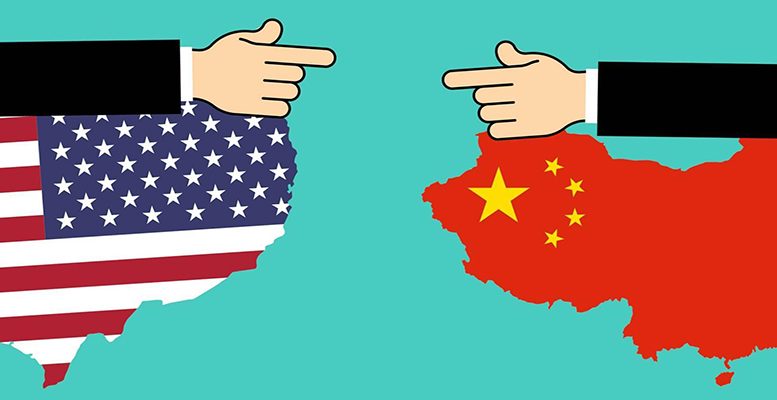 David F. Lafferty (Natixis) | Volatility has returned and the red hot stock market that began the year has now downshifted closer to neutral. While the macro data continues to be lackluster – consistent with our view that the global economy is decelerating towards potential – much of the recent malaise has been driven by the on-again, now off-again US/China trade negotiations.

While President Trump’s initial focus was on replacing NAFTA, there was never any doubt the $400 billion bilateral US trade deficit with China would eventually become a lightning rod for conflict. Through mid-2018, we remained skeptical that the US could pressure China into a significant trade deal. We never bought into the idea that because China exports more to the US than the other way around, China had “more to lose” if a trade war erupted.

Since day one, we have argued that behind the scenes, the US/China trade conflict is really about industrial policy. More specifically, the “Made in China 2025” program. The objective of MIC2025 is to make China a dominant global player in more than 30 leading industries and emerging technologies – everything from AI to robotics to green energy to semiconductors. President Xi views the program as an economic imperative with the goal of making China the economic superpower of tomorrow.

On top of this brazen threat to America’s economic might, China has played fast and loose with the rules to notch significant economic gains. These include well-documented intellectual property theft, forced technology transfer, barring foreign competition and/or mandating joint ventures, providing government subsidies to protected industries, and erecting other non-tariff barriers. It’s easy to see why US Trade Representative Lighthizer has been a long-term hawk on China.

We often cite Vice President Mike Pence’s October speech to the Hudson Institute cataloging the litany of Chinese transgressions. The list was hardly limited to trade and economic offenses and noted that China was employing a “whole-of-government approach to advance its influence…” Pence noted that the US would respond in kind. Neither the New York Times nor the Wall Street Journal minced words in saying the speech effectively outlined a new “economic cold war” between the countries. We’ll unpack this in more detail later, but for now, let that sink in… an economic cold war.

As for the minor issue of the trade deficit, it is hardly any more negotiable than MIC2025 to the Chinese. The trade deficit is simply a mathematical identity: China produces more than it consumes and the US consumes more than it produces. Chinese promises to buy more US goods will only affect this at the margin. Changing the consumption and spending habits of the two largest economies in the world is a more intractable problem. Thus, our original skepticism was rooted in the idea that there was little common ground for a grand trade deal – the classic paradox of an immovable object and an irresistible force.

The fourth quarter of 2018 challenged our original narrative. Global growth appeared to be slowing significantly, and unlike previous bouts of economic weakness, it wasn’t focused on Europe. US GDP stumbled in Q4 and activity metrics were flagging. In China, both exports and industrial production were tanking. As if to underscore the weakness, US stocks almost fell into a bear market, with a 19.8% selloff in the S&P 500® while China’s Shenzhen CSI 300 Index lost nearly 14%. As the macro gods became angrier, Trump and Xi realized they would need to find areas of compromise. This sea change was further amplified by officials (including Trump) who insisted a deal was just around the corner. While the immovable object/irresistible force problem hadn’t been addressed, investors concluded that the parties would somehow work it out, because they had to.

In phase two, we half-heartedly joined in. The rationale that market pressures would compel a deal seemed plausible, even likely. During this period in late ’18 – early ’19, before the recent stall in talks, we put the odds of a US/China trade deal at around 70% – a guess to be sure, but one that indicated an agreement was likely, but far from certain. However, we maintained a rather cynical view: While the deal might get done, we didn’t think it would be worth much. Why? See phase one. Essentially, the US could always threaten more tariffs if China didn’t play by the rules, as defined by President Trump. Our suspicion was that China either wouldn’t or couldn’t comply with the requirements of a deal and the US would be forced to act again – sending us back to square one.

Phase Three: Déjà Vu All Over Again
It turns out the trip back to square one was faster than we expected. In the same way that low tide trapped Xi and Trump at the negotiating table, the rising tide of better economic data and a skyrocketing stock market in 2019 freed the leaders from making hard choices. We suspect the US ask for extensive enforcement and compliance mechanisms was simply too much for Chinese hardliners to accept. In this respect, our thinking on US/China trade tensions has come full circle. Unlike Mexico and the new USMCA, China doesn’t have to take a bad deal. Moreover, observers have long suspected that one of China’s key tactics would be to simply wait out Trump, whose attention span for a deal is far shorter than Xi’s.

With nothing officially scheduled in the interim, markets are awaiting the next meeting of Trump and Xi at the G20 Summit in late June. We have now downgraded our likelihood of a deal this year to 50/50 – at best. If that sounds like a copout, it is. Call it the immovable problem vs. the irresistible hope.

Collateral Damage?
As we noted at the beginning, our views have evolved over time. Specifics aside, what hasn’t changed is our assessment that this standoff is about more than just trade, and investors aren’t seeing the full picture if they’re focused solely on tariffs or the trade deficit. Again, we return to that phrase… economic cold war.

So where might we see collateral damage? In our view, probably not openly in the capital or currency markets. A retaliatory devaluation of the renminbi – and the capital flight that might ensue – undermines China’s larger goal of being an economic superpower. Selling its $1 trillion+ stockpile of US Treasuries also seems unlikely, as it could trigger both mark- to-market losses and currency appreciation. We do not, however, rule out a stealthier, longer-term plan. This strategy might include a gradual and managed depreciation of the currency or passively rolling foreign currency reserves out of US Treasuries and into other assets.

Then you have the more passive, longer-term implications: An inability to counteract North Korea’s aggression without China’s help? China doubling down on MIC2025 to offset the loss of export power? Expanded Belt & Road initiative and/or ramped-up foreign direct investment to spread China’s economic influence?

Finally, we cannot forget the potential for self-inflicted injuries. Paramount in this area would be any inflationary pressures created by the tariffs or supply chain disruption. If these pressures were to build, it could effectively end the halcyon days of the “Powell Put” at the US Fed.

We don’t claim to understand all the potential economic and geopolitical implications of the US/China standoff. The issues are complex, interconnected, and perpetual. But we do believe the following:

1) US/China tensions run far deeper than just trade. Tariffs could be just the tip of the iceberg.
2) The US has enjoyed a long reign as the world’s only economic superpower while China is fighting to gain that same status. With or without a trade deal, there is limited common ground for compromise, so the two most powerful countries aren’t going to see eye to eye for a while.
3) While not any of these consequences are assured, they would all lead to greater market volatility and none would be good for global equity values.