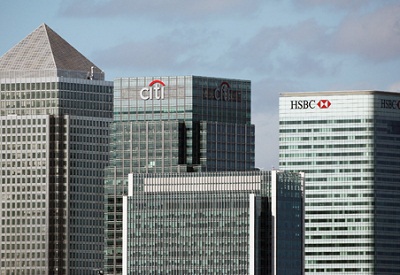 LONDON | Debt held against UK commercial property fell last year from £228.1 billion to £212.3 billion, a drop of 6.8%, the largest British property lending survey revealed Friday. Yet the UK Commercial Property Lending Market report by De Montfort University found that while the overall level of debt is on a downward trajectory and progress has been made in dealing with the distressed legacy debt, there is a long way to go. At least £72.5 billion and up to £100 billion will struggle to be refinanced on current market terms when the debt matures as it has a loan to value of over 70%.

The survey of 72 lending teams from 63 banks and other lending organisations concluded that the sector’s forecasts were excessively optimistic. While 2011 started with a degree of optimism for the commercial property lending market, including the first commercial mortgage-backed security issue (CMBS) since 2007, this changed dramatically during the second half of the year as the crisis surrounding the euro zone and the sovereign debt of member States brought uncertainty to the economy.

Fitch Ratings provided data on the balance of outstanding CMBS issuances that they had rated and include loans secured by UK commercial property. At year-end 2011 this amounted to £30.3bn. Fitch estimates that the total outstanding balance of UK CMBS at year-end 2010 was approximately £42 billion.

“At the end of 2011, lending organisations were reporting that the euro zone crisis had created instability in the money markets leading to rising costs, with many banks managing their capital based on a worst case scenario both in the euro zone and the UK.

“The debt crisis is regarded as a real threat to asset values in the UK, and globally, and is a problem that has to be solved before national economies and lending markets can start to improve.”

Although progress has been made in addressing the legacy situation, banks still face a significant overhang of pre-recession property debt held on their balance sheets, with approximately £51 billion due to mature during 2012 and a total of £153 billion or 72% of outstanding debt by year-end 2016.

During 2011, lending organisations reported weakening cash flows due to tenant defaults, tenants not renewing tenancies on expiry and lease renewals at lower rents, were causing further declines in capital values and loans to breach financial covenants or to be declared in default. This most frequently occurred with loans that had already been identified as problematical. Bright spots in the report show loan originations on the increase and new lenders to the market increasing their market share to 8%.

But the survey also showed a continuing draining away of development finance. Of concern for property developers is that, for the first time, no lending organisation said it would be prepared to lend against a speculative office development.

Liz Peace, chief executive of the British Property Federation, the leading body representing developers and investors, confirmed that lenders continue to chip away at this legacy of property debt but the economic situation, in the UK and overseas, means they do so with diminished ability.

“These figures underline how important it is for the government to urgently find new ways to encourage new investment and to spur economic growth.”