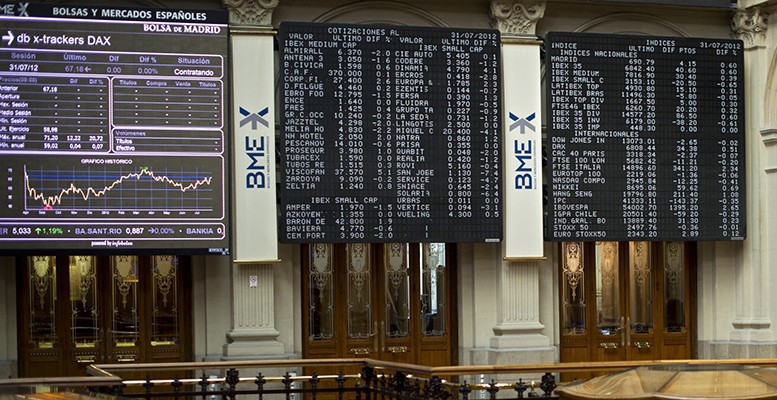 Trading volumes on the Spanish stock market fell 25.3% in February from a year ago, marking the fifth consecutive month of declines. The number of transactions recorded in February rose 3.0% to 5.4 million from a year earlier, while trading volumes reached 60.411 billion euros. But the accumulated volumes for the first two months of the year fell 22.9% year-on-year, while the number of transactions dropped 13.0% to 10.6 million compared to the same period of 2015.

While there is an overall decline in trading volumes across the European markets  – France (-6.2%), Italy (-11.1%), Germany (-8.6%) and the UK (-3.4%), there’s no doubt that the Spanish market’s figures are worse than its European peers. This gives the impression that investors are rejecting Spain’s bourse, either because of political uncertainty, its exposure to Brazil, or else the eternal doubts about some of the Spanish banks.

This perception of the Spanish stock market comes at a time of consolidation amongst European exchanges.  Just a few days ago, the US Intercontinental Exchange (ICE) announced its interest in buying the London Stock Exchange (LSE). And this could frustrate LSE’s current merger plans with the Frankfurt bourse, Deutsche Boerse.

Although Spain’s stock market operator, BME, is smaller compared to these European giants, it is a still an attractive company in terms of its consolidation potential.