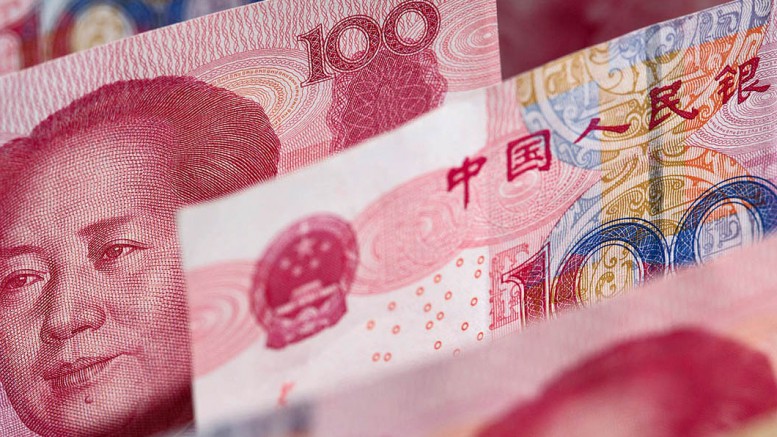 After becoming the largest export engine as well as the second-largest economy and foreign direct investor globally, China looks ready to internationalize the use of its currency to levels that would have looked impossible only a few years ago.

Propelled by the global financial crisis, the yuan’s journey started with the establishment of bilateral currency swaps mainly for trade or precautionary purposes until quite a pervasive use for trade settlements with China developed. To this end, the share of trade invoiced in yuan has moved from virtually zero in 2010 to becoming the world’s No. 2 trade finance currency, replacing the euro. Today, some 8.7 percent of letters of credit and collections are denominated in yuan, compared with 6.64 percent in euros.  More generally, the use of the yuan to settle international trade now accounts for 22 percent of China’s total trade, and the yuan is one of the top five payment currencies across the globe.

The question really is how far yuan internationalization can go without impinging on domestic financial reform. While there is no doubt that domestic financial reform is needed to rebalance China’s economy, it seems to have fallen behind in the government’s priorities. Contrary to the understanding of most China watchers, as well as McKinnon’s well-known sequencing of financial liberalization, capital account liberalization, geared toward yuan internationalization, has been moving faster than domestic financial reform. If there is one thing that the Chinese government has proven itself capable of, it is planning. This is why it would seem naive to believe that the current sequencing is just coincidental and not part of a well-developed plan.

In our view, the plan may have been to use the window of opportunity provided by the global financial crisis for new currencies to be prominent internationally in the light of the gloomy prospects for the U.S. and euro-area economies. If it failed to grab this chance, given the well-known resilience in the use of an international currency, China might have had to wait for the next crisis to foster the international use of the yuan with some degree of success. In addition, a new currency always requires a growing economy and the Chinese government is well aware of the inexorable downward trend of the country’s potential growth. Such a once in a lifetime opportunity could simply not be missed because of sequencing issues.

On the other hand, domestic financial reform could certainly not follow at the same speed insofar as the current regulated banking system is the main source of funding for China’s large corporations. This is particularly the case of state-owned enterprises, which themselves are the main source of investment and continue to be the main contributor to economic growth. If financial repression were to suddenly end, investment would no longer be subsidized to the detriment of savers, namely households.  As an example of the extent of the subsidization, economists Nicholas Borst and Nicholas Lardy have found that in 2007-2013 the average real lending rate in China was 1.8 percent, around half that in Thailand, South Korea, Japan, Indonesia and India. The problem with the status quo, the core of which is the existence of a floor on the deposit rate, is not just that it fosters credit and investment as opposed to household consumption. It also inhibits rebalancing and pushes agents to explore regulatory arbitrage and, consequently, the shadow banking system.

While shadow banking was at first seen as a positive development,  a reflection of de facto financial liberalization, its sheer size, unregulated nature and the lack of capital buffers make it an extremely risky experiment. The question really is: what is the Chinese government waiting for regarding domestic financial reform given the growing risks?  The issue might simply be that,  yet again, financial repression can come in very handy to cut the costs of cleaning up the recent huge accumulation of debt. By way of example, local government borrowing surged nearly half from June 2013, to about 16 trillion yuan, according to the latest official data. The International Monetary Fund says local government debt is responsible for one-quarter of the buildup in China’s overall domestic debt since 2008, and its pace is higher than in Japan, South Korea and the United States before those countries tumbled into recession.

China’s finance ministry recently announced a change in the game, namely to allow heavily indebted local governments to sell new bonds with explicit government guarantees to replace their existing debts, mainly bank loans. Ironically, these new bonds will have to be purchased by the very same banks that issued the loans, meaning they will see a reduction in the interest income they will receive for the same credit risk. Such a gloomy outlook for banks’ profitability strikes us as the worst time of all to lift the deposit rate because banks would be deprived of a nice cushion to their profitability. In other words, it seems that once again households will be forced to come to the rescue and will finally finance debt restructuring with their poorly remunerated savings.

But this time around might be different. Capital account liberalization is following its course and with it the freedom to take one’s money and leave. While still embryonic, a cursory exploration of China’s balance of payment moves says it all. While still moderate, capital outflows, as well as capital flight, are becoming more the norm than the exception.  As a result, The People’s Bank of China is in an extremely difficult position. While itself being pushed by the historical window of opportunity opened by the global financial crisis, it is pushing for a poorly sequenced reform and still managing to keep the house. Finding the room for debt restructuring, while opening the capital account so that the yuan continues its internalization, appears like an extremely bold endeavour to us.

Miriam L. Campanella is a senior fellow at ECIPE in Brussels and associate professor at the Faculty of Political Sciences, University of Turin in Italy. Alicia Garcia-Herrero is the chief economist in emerging market economies with the BBVA

Be the first to comment on "Are Chinese yuan internationalization and financial reform colliding trains?"