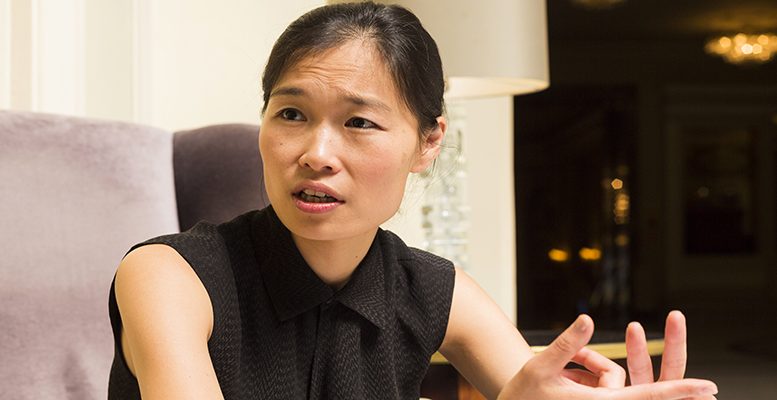 “More than 80% of the global population has a mobile phone, more than can count on running water, a bathroom or electricity. We constantly generate data. But for us, as rational investors, the question is whether we are making profits from this, or whether we are just talking and beating about the bush.” concludes Zhang, who manages a fund specialising in Big Data for Rothschild, with 332 million euros under management and an annualised profit of 15.1%.

Q: Put the importance of big data in economic context for me.

More than 80% of the global poulation has a mobile phone, more than can count on running water, a bathroom or electricity. We constantly generate data. But for us, as rational investors, the question is whether we are making profits from this, or whether we are just talking and beating about the Bush. There are many people working and really generating benefits. For example, BMV, which doesn´t make as much noise as Tesla but has shown itself responsable over the long term.

A: You are not convinced by Tesla …

I very much like Elon Tusk, I think he’s a great Communicator, who publicised that he was going to send a car into space as if it were a joke in Twitter on April fools day … This creates emotions and is interesting as a story. But what we do is leave the emotions to one side and see if winner takes all on if in certain aspects there are actors ho are going to adapt and surf the different waves.

Q: What kind of investor does the fund focus on?

A: I think it is aimed at all types of investors because big data is so integrated in our day to day and affects the whole world, which serves both for a retail investor and an indidual with major capital, someone who wants exposure but also diversification, with a long term structure and high valuations. Also institutional investors like pension funds etc. And as we are a global fund we have flexibility in terms of currency: today 50% is exposed to the dollar, perhaps we Will increase the part in China because there are not only state companies but also technology companies, and they are monetising.

Q: Your fund is not only technology. In what other sectors are you?

A: We operate across sectors. A good example, for example, is retail trade. People think only in Amazon or Alibaba but we chose Nordstrom. They are large traditional stores which have existed for over a hundred years and offer the best price. Today we only have the information from the press, or the board. Which is valid. But there is also that which social networks give us. This is all more focalised. People spend more time looking at publicity content, because its no longer just adverts. This apparent abundance of information must be relevant. And Nordstrom is monetising its investments: its customers are loyal, and it looks at all the websites which are dying every day. Three of its brands are among the five most sold.

Q: What do you think of Initial Coin Offerings (ICOs) as new ways of financing companies?

A: The important thing for me is that they are creating value. I don´t know. I am not clear what asset lies behind. I find it hard to understand, for example, why the bitcoin rises and falls. I see speculation: if we are lucky we can gain a lot, if not we lose everything. It is not rational and I would not get involved.

Q: Beyond the volatility of cryptocurrencies, what do you think about investing in Blockchain?

A: This is undoubtedly something that we are going to be looking at. WE have not invested in it yet, but a decentralised infrastructure is interesting. We will see if it can be monetised.

Q: The China market has ever more weight in depth. You know it inside out: where are the interesting investments, and to what extent does it remain opaque?

A: For me China is seeing is believing. Many people are interested in putting their money in Silicon Vally and retain doubts about Chinese companies because they don´t appear appear transparent. But I go there often and I have seen it change. Thirty years ago Shenzhen was a fishing village. And now they are monetising … China is relevant for us because we are really the dividends of big data there. There are 400 million people in the middle class, and the number keeps increasing: it is equivalent to the entire labour force of Europe and the US. If we look at companies like Tencent, Alibaba or WeChat … For example WeChat has 900 million users. A company which can register an increase of income of over 50% and foresees profits 25% greater for next year. That is attractive for us.