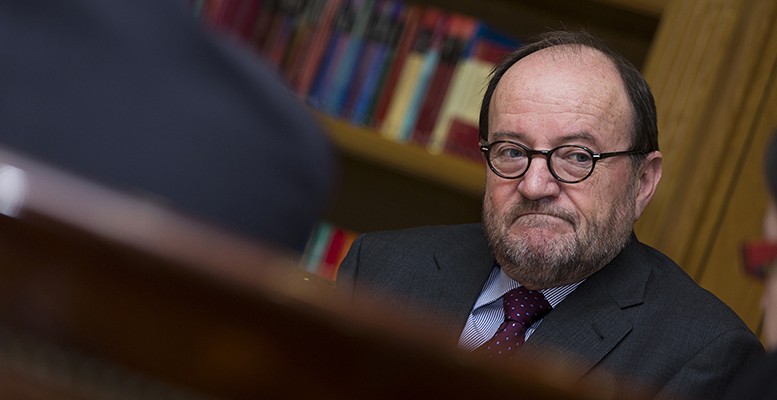 Fernando Rodríguez  | Peter Walton, Emeritus Professor at the Open University Business School thinks that “regulations which were drawn up for Deutsche Bank cannot work for a small company that manages three supermarkets in Birmingham”. The solution would be to divide the market up.

Q: The international accounting standards – IFRS and IAS – which are applicable to all listed companies are causing a multitude of problems. For example, David Tweedie – who was the historic president of IASB – has said that “anyone who says they understand IAS39 (an accounting standard) has not read it carefully enough.” Where is all this complexity taking us?

A: It has very negative consequences for the market. The argument is that the big companies are involved in complex transactions and need complicated standards which reflect this. That is true. But what about those companies which are not involved in complex operations, which could be the majority in the market? We need to think about what to do with them. Because if you oblige them to comply with complicated standards, then you are forcing them to have a costly accounting system which they probably don’t understand. We have to deal with this problem.

A: By introducing what we could call “differential accounting.” Regulations which were drawn up for Deutsche Bank cannot work for a small company that manages three supermarkets in Birmingham…The solution, if you wan’t to call it that, is to divide the market up so that straightforward companies have straightforward accounting.

Q: Is this where the debate is going?

A: If you go to France, you will find this is exactly what they are talking about. International accounting standards are terrific for complex companies, but not for local firms. The IFRS regulations are perfect for the CAC40, but there are 800 other listed companies which are not so big. And they say that before using them, their shareholders have to understand accounting because at the moment they don’t.”

Q: What do you think is the market trend regarding these international accounting standards?

Q: You have recently affirmed that this complexity puts a lot of companies off seeking a stock market listing…

Q: And is the same thing happening in Europe?

A: Yes. But the IFRS norms are for listed companies in regulated markets and there may be a non-regulated market like the AIM in the UK. It does not have to comply with IFRS rules. In general, you find the same in Europe. There are OTC markets and they use national accounting principles. The European Commission is asking for regulations which are less complex and can be applied throughout Europe.

Q: What is the difference between the US and European accounting normative?

A: The difference is more to do with business models than regulation. In the US, for example, the way editors’ royalities are considered is different from in Europe and this completely changes profit and loss accounts. It’s an example of how two companies which, in theory, seem equal don’t have the same business model, so you can’t make a real comparison of their accounts. Small companies are not interested in being compared in a homogenous way, but the big firms in the oil or automobile sector are very interested in being compared one with the other.

Q: There are some who think that Europe is losing importance compared to the US in the creation of international accounting standards. What is your view?

A: No. I think they are on a par. I also believe the US has decided that it is not going to use IFRS and consequently has lost its weight when it comes to forming new standards. I think Europe’s influence is increasing. And hundreds of big Japanese companies are using IFRS voluntarily. The only IASB office outside London is in Tokyo. China also uses IFRS, as well as South Korea…that part of the world which is growing the most uses IFRS. It’s good for IFRS that the US doesn’t get involved, because it has a special legislative environment. But I don’t think that’s a problem for them in the long-term.

Q: There is another question. Why are so many Chinese companies using IFRS regulations and not the European ones?

A: It’s a question of history. The financial report was invented in France in the XVII century. And in other countries like Germany, legal financial structures were developed as far back as the XIX century. In China, there was no capitalist infrastructure and, in my opinion, they don’t think there is any sense in creating an accounting culture. Rather they are saying: “What is important is that if we want to have companies which are active in the international capital markets, we also want regulations which are acceptable in these markets.”