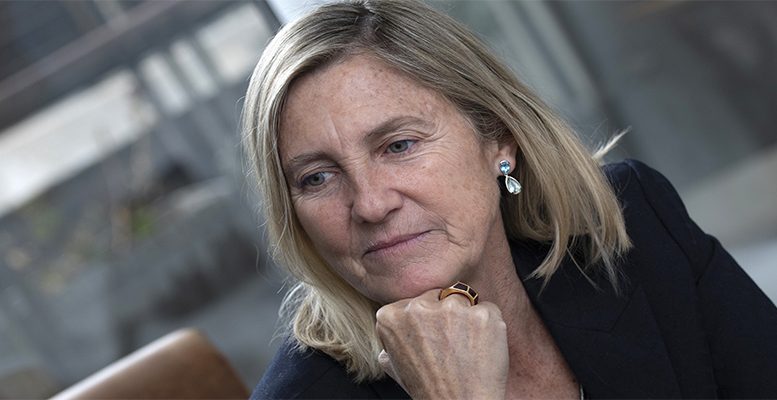 Marieta del Rivero is independent, board of director in Cellnex Telecom

Manuel Moreno Capa | In 2017, Marieta del Rivero was the first woman to be incorporated, as an independent, in the board of Cellnex Telecom, a company created in 2015.  Marieta del Rivero proposes many other measures, at least temporary, to increase the number of women sitting on boards. Described in some media as one of the most influential women in Spain, she considers a change in corporate culture essential, “the great barrier to women being able to get to the top”.

You were the first woman to get to the board of Cellnex, two years ago now. What most struck you?

I was pleasantly surprised that a board with only two years of life in the market was so well structures. In its responsibility administration and in the practice of good corporate governance, with a majority of independent members – not many companies in the Ibex-35 could say the same – and also with a marked international character…… Although in gender diversity we were not where we should be, in diversity of cultures and experience it was outstanding.

Now you already have three fellow female board members in Cellnex – is it a symptom of normalisation?

Without doubt. In only a year the percentage of women has gone from 10 to 33 per cent, which exceeds the recommendation of the regulator for 2020. When there is a woman at the table where decisions are taken it undoubtedly produces an accelerating effect.

Is there extra pressure being a female board member of a company like Cellnex which has to respond to demanding share holders like, for example, certain sovereign funds?

These days, being an independent board member means assuming many responsibilities. From representing the interests of minority shareholders to ensuring that the decisions are taken in the interests of the sustainability of the company and not just for short term profits. Cellnex takes good care of its relationship with investors, and this is one of the company’s successes. We have multiple roadshows and meetings in which we share with transparency the evolution of the company and its management. More than 70% of our capital is in the hands of long term investors, who, thanks to good results and consistent execution of our strategy, show their confidence in us. We are one of those companies that does what it says, and the markets like this.

In addition the company is at boiling point …

Cellnex has shown, since its entry in the stock market in May 2015, the sense of that strategic decision. On the one hand, being capable of “catalysing” in Europe a model of externalising the management of telecommunications infrastructure that was fully consolidated in the US. In these four years the company has invested more than 3 billion euros in fourteen growth operations which has allowed us to operate already in six European countries and to expand the number of sites operated from 7.500 before entering the stock market to the 28,000 that we already have committed and which allow a more efficient operation of the installed base for all the major data and voice operators. In a certain way, and to the extent that the company has been achieving sustainable double digit annual growth, at this moment Cellnex would be in the category of scale up companies.

One of the growth vectors for a telecommunications infrastructure operator is the emergence of 5G. How are you preparing for this challenge?

Absolutely. For a neutral and independent operator like Cellnex, together with the management of passive infrastructure – the towers – the deployment of 5G will be key for medium term growth. 5G will be fundamental for the full development of a total connectivity environment, in which machines, vehicles, people, objects of all kinds, electro-domestic equipment, urban furniture etc, they are going to be continually exchanging flows of information which form the base for decision making based on big data criteria and artificial intelligence. For this we will need a new network architecture in which, together with the towers, we will see the development of new layers which will increase infrastructure density, with the deployment of the so-called small cells; the distributed antenna systems (DAS) for indoor spaces with large coincidence of simultaneous users; connectivity by fibre optic to these elements of the network, to guarantee the traffic of enormous flows of data .. or the so-called edge computing, the development of distributed computation capacities in the network … Cellnex is backing these elements to allow a progressive but also accelerated deployment of this new 5G standard, which will mean a change of paradigm in terms of connectivity, innovative applications and impact on industry, health, or in mobility, the management of urban resources ….