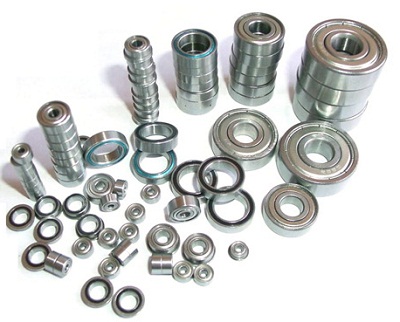 CIE Automotive sells 90% of its production outside Spain. Does this protect you from our domestic crisis? [Our emphasis.] That’s right. We are really happy now that we started our internationalisation at the very beginning of the crisis. But we were founded in January 1996 and the following year went already looking for companies outside Spain, in Brazil, for instance. Even back then it was clear that the car industry wasn’t Spanish, nor European, but global.

CIE’s experience is not the most common. Spain is a country that still exports too little. That may be, but I am convinced that Spanish companies are going to react to the crisis by exporting more. It has always happened. There is no cycle of the Spanish economy that did not end with an increase in our overseas presence. Some say we’re not competitive, but it’s not true. For many years and due to the housing boom, our companies could do business in Spain without the need of going outside. That has changed.

But it is said that our worker and our CEO doesn’t like leaving Spain. Nevertheless, what they call change of economic model is very simple and basically means that we have to engage with the outside world. In Spain, we might have a misconception about that. There are many people who now regret that their children must go to work outside, as though it was a punishment. They are wrong: it’s good for them and for the country.

Some sectors of our society are concerned that direct implantation of Spanish industries abroad can subtract employment in Spain. It is not true. Internationalisation always causes an increase in Spanish production. Our overseas plants largely feed from providers in Spain. This is the case of our machine-tool industry in Guipuzcoa, which follows us everywhere and which we introduce in our plants abroad, largely because we trust its products. So do the Germans when they invest in a country, they bring a host of ancillary industries from Germany.

Hence, it is important to have big national industrial matrix. Of course. For years people said it made no difference where the matrix of a company was, but that is wrong.

Do you believe that the growth of the car industry in the emerging economies will be as spectacular as it is expected? And even more. The growth rates forecast in Asia are amazing. China, already the largest market for cars in the world, with 1,400 million people, will be a fiesta. Or India. When you’re there and they begin to tell you the projected growth figures, multiplying their market for three in seven years, you are left breathless. What in Europe took 25 years to do, they want to accomplish right now. In fact, over the next five years the annual production of cars in the world will increase by some 30 million. Not only in China, and India, also in Vietnam, Thailand or Indonesia. Not to mention Russia or Turkey, markets that are to become major producers and in which we are gaining presence.

What should be done in Spain to reduce the staggering numbers of unemployment? The first thing I would say is that something must be wrong, something must be failing somewhere so we have a 22% unemployment. From there, we should start a discussion. Does it make sense to have so many temporary jobs that vanish when a crisis comes? Would not it be better if all were indefinite and that, once the crisis came, we were willing to reduce hours and income? I do not understand why can’t we do what Germans do.

Be the first to comment on "“Spain, not competitive? That is a lie!,” says CIE Automotive’s Anton Pradera"