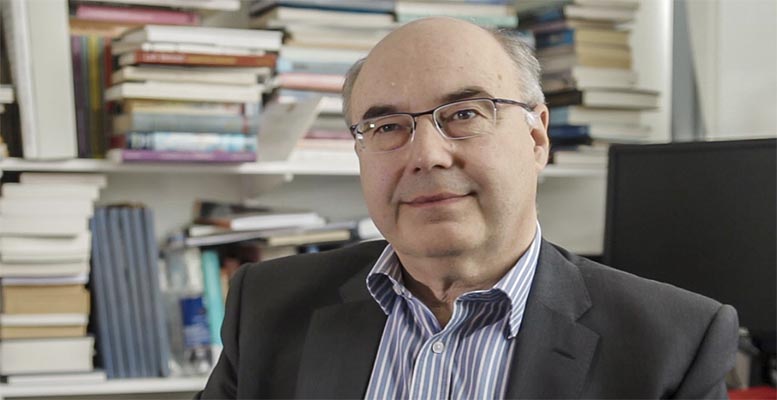 Tristan de Bourbon (London) | “The United Kingdom joined the European project because the elite wanted to return to a much more open economy, to liberalise the British economy. They also discovered the United States would never treat the United Kingdom as an equal and would remain protectionist,” explains David Edgerton, Professor of History at King’s College London. Edgerton specialises in science and technology. He is the author of the recent book The Rise and Fall of The British Nation, where he analyses the ideology behind the government’s action. “So they see strengthening the economy and operating through a larger structure as the way to maintain their influence in the world – and that hasn’t changed in 50 years.”

A: The Brexiteers’ view influenced the response. It is symptomatic that the government decided not to participate in an EU respirator procurement programme. Instead, it chose to create its own emergency respirators through a messy programme. This is not happening by accident. The Brexiteers who run the country today want to show the UK is powerful and will gain more from developing its technologies and creating its own regulatory framework, which will soon be needed when it is outside EU structures. This is the hope for world domination (smiles).

Q: Does this surprise you?

A: Not really. For years, the Brexiteers’ thought structure has been deeply rooted in a completely mythological account of the past, and especially of the Second World War: the British genius helped us win the Second World War. You can see many references to British creativity and inventiveness, even from non-Brexiteers like Theresa May when she was Prime Minister. People in power now say things like: “We don’t care about the car industry because it’s yesterday’s technology.” This whole Brexit thing is about the next generation of technologies. And all this shows they don’t know their history. Or that they refuse to acknowledge that in fact much of this new technology during the war came from abroad. The great thing that the British did was to adopt ideas from abroad. And when Prime Minister Winston Churchill tried to invent new weapons in a hurry, against the advice of experts, like anti-aircraft rockets, spigot mortars or a trench cutting machine, they were late. And they didn’t work well or they didn’t work at all, and they were a huge waste of resources. Which is what seems to be happening with respirators.

Q: What do you see when you look at the Prime Minister?

A: A very narcissistic view of history. This is the story, relived through Churchillian rhetoric, of a lonely, weak, small Britain, of a country that triumphs against all odds. They tend to forget that Britain still benefited from a great empire. This vision is not really linked to a body of historical work or a particular book. It arose from the imagination, or perhaps the will of the people to create this non-existent past. It could have come from British propaganda films of the 1930s and especially from “Fire over England,” produced in 1937 by Alexander Korda. There you see this classic image of little England resisting the brutal Spanish army. It was a film loved by Churchill. In fact, the Brexiteers want to take us to a past that never existed.

Q: What was the reality of the United Kingdom then?

A: From the 1830s to the 1870s, the UK had something that made it different. It was different from France and Germany, Italy and the United States: it was the only truly global country. It had investments all over the world. It had the largest navy in the world. It had the largest merchant navy in the world. It was the biggest exporter in the world and the biggest importer in the world. Its political economy was one of unilateral free trade. The United Kingdom allowed the free entry of goods from all over the world, including food. That is unique. The United Kingdom was the advocate of free trade, in a way that Germany, the United States or France certainly were not. It is very important to stress all those things and that free trade and global orientation is not the same as imperialism. British liberals at the time thought that imperialism was dangerous because it was fundamentally a protectionist programme. And in fact, the imperialists wanted to protect the British economy, the national economy and only then develop the imperial economy.