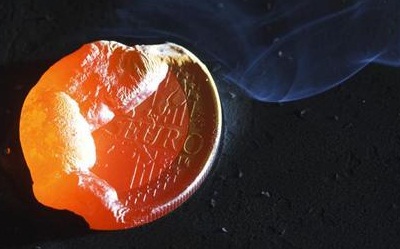 By Carlos Díaz Guell, in Madrid | The crisis has led to a rapid accumulation of public debt as a result of the deterioration in economic growth, the functioning of automatic stabilisers, fiscal incentives and public capital support for the banking sector. In the euro zone, the European Central Bank estimates that the ratio of public debt as a percentage of GDP has risen 22 points since 2007 so it reached 88% in 2011. Ireland, Greece, Portugal and Spain have shown the strongest increases. In 2012, the ratios of Greece, Italy, Ireland and Portugal will be or exceed 100% of their GDP.

These levels of debt in an environment of financial instability and low growth, highlight the need for sustainability assessment. Conventional analysis of debt sustainability shows that the evolution of the debt ratio depends on economic growth, interest rates of debt, the primary balance budget and deficit-debt adjustment (countries with high debt levels have to record higher primary surpluses to stabilise the debt).

Under this methodology and using the latest European Commission forecasts, the ECB shows how the ratio of gross debt in the euro zone will reach a peak in 2013 and decreased thereafter descend moderately, or fast if there is a stronger consolidation scenario.

However, this does not mean that stability is guaranteed in each of the member states. And let’s keep in mind that the risk of contagion can damage countries deemed solvent. The ECB notes the benefits of a sustainability analysis done under this framework (transparency and easy application to assess different scenarios), but also highlights a number of limitations, which would make desirable to widen this approach.

The main limitation of the conventional analysis is that it focuses on explicit government liabilities. It overlooks that the size of debt may be affected by the contingent liabilities (such as guarantees given to financial institutions, -5.2% of GDP on average, 42.8% in Ireland and that are of considerable magnitude in some countries, or guarantees granted following the EFSF framework, of -7.7% on average), the implicit liabilities (rights which payments are due in the future, as pensions and other public expenditures related to aging) and extra-budgetary obligations (government bonds not included in the statistical definition of general government, but may become so, as public companies, as evidenced by what happened in Portugal). These are concepts that, according to the ECB, should be taken into account systematically.