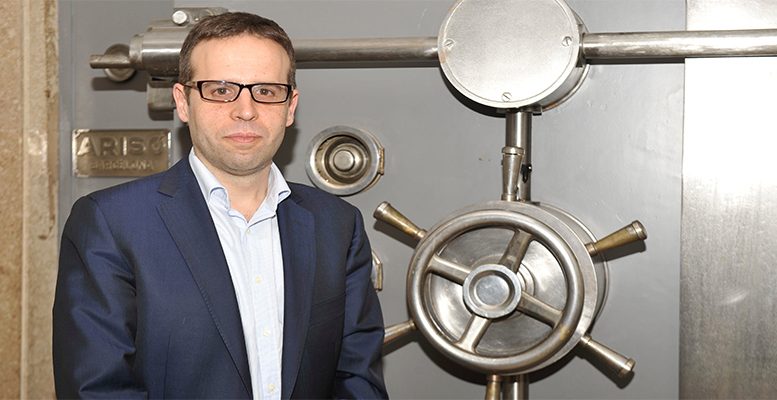 Jesús Pérez president of the Spanish Association of FinTech

Fernando Rodríguez | Jesús Pérez is the president of the Spanish Association of FinTech and InsurTech. The association has just completed one year developing its main objective: driving a solid and well-regulated sector. There are over 200 FinTech companies in Spain. In some cases, they are growing full speed ahead with a variety of banking and investment activities: price comparisons, collective funding, loans and payments, ‘robo advisor’, property…

Q: So that we have it crystal clear, what exactly do we call Fintech?

A: There is no exact definition and at times we ask ourselves in the Association where to draw the line. They are companies which have technology in their DNA, which understand there is a different way to create products from innovation and which offer financial services. We believe they are going to be an alternative to traditional financing institutions initially, but that, in four or five years time, there won’t be this difference: like there isn’t now between, for example, the online press and the broadsheets.

Q: You’ve said that the debate between FinTech and the banks will disappear in three or four years. Why is that, and why in that timeframe?

A: We are facing a disruption in the financial sector. Innovation doesn’t emerge from one or from several companies, but from a whole ecosystem of them. The banking sector is trying to take steps to incorporate this technology, but the problem it has is that when a sector’s model changes, it’s difficult to adapt. It’s the same as happened to the airlines with the ‘lowcost’ or to the media companies, which now have their online strategy.

Q: What’s your opinion of the Spanish banks’ attitude towards FinTech?

A: Everything points to the fact that the traditional banks, although they make themselves out to be trend-setting and digital, are not really embracing FinTech. Apart from supporting some startups to keep an eye on those presumed to be their future competitors.

Q: Up to what point is FinTech disintermediating traditional financing activity in Spain? Are they gaining market share?

A: When we talk about the market, more than talking about Spain I would look at what is happening in other more advanced countries. The fund manager which raised the most money in the US last year is a ‘robo advisor’. It’s like publicity on the internet, which outpaced traditional advertising much earlier in other countries than here. In Spain, the exponential growth we are seeing allows us to predict that in two years we are going to reach the development stage and the market share of other countries. But it’s true that today the shares are not large.
Q: When do you think the first regulations for Fintech in Spain will be ready? The sector is very varied and this issue affects multiple regulators…

A: It’s very complicated. For example, there are businesses which on the one hand make money and on the other spend it, which have to be supervised by the Bank of Spain and also by the CNMV. In the Association we have twelve vertical vectors, trying to see what happens in each activity, because they are very different. We should already see some modifications or legal adaptations in the second half of this year. At least, the most urgent ones.

Q: There are those who think that Spain could be a FinTech hub in Europe and even a bridge with Latin America in this area. What do we need and what do we have too much of to aspire to this role?

A: We need to believe in ourselves. Really, when you read international reports you see that from a technological point of view we are a country with good technicians, with internationally developed social networks and one of the most important mobile phone networks. We need two things: regulation and investment. A Latin hub could be created to compete with the Asian, North American or Japanese one. There are not many countries in Europe which have this relationship with Latin America, a good technology base and costs which are not very high. We have an opportunity.

Q: To what extent will the empowerment of private individuals in financial intermediation favour the FinTechs?

A: I was thinking, for example, about crowfunding or crowdlending…FinTech is good news for the investor in the street. In the same way we have benefited from low cost airlines or online media. It’s all about offering more possibilities and more access to a more transparent market, as well as to companies which are going to have to be more efficient in terms of commissions, with greater competition and better financial products. In a few years, we will see someone in Africa investing 5 euros in a US hedge fund because technology will allow it.