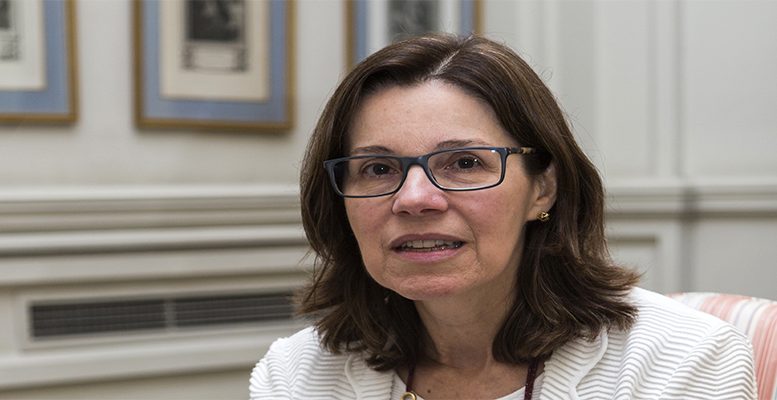 Q: I would like to ask you what has been the main impact of the crisis on the stock markets. Apart from the obvious decline in trading revenues, did it lead to any important structural change in how the markets operate?

A:  I believe the main impact has more to do with the role of the banks in the stock exchanges, which decreased a lot: what happened was the result of the introduction of a series of rules, very necessary and still in the implementation phase, aimed at resolving the enormous problem these lenders had, the huge fragility of their capital base.

Q: Have these new capital requirements restricted the banks’ actions in the markets? How and why?

A:  Before the crisis it’s obvious the banks’ role was much more prominent, especially in the secondary markets, providing liquidity and making a market. The fact the banks have had to withdraw to a large extent from their position as suppliers did provoke a structural change; their role been replaced by automated trading, based on algorithms, high-frequency trading. These new systems allow speed to replace the lack of financial providers. And this is here to stay, it’s going to be the “new normal”, unless there is some radical change in the US, under the new President, with regard to the regulatory policies for the banks, which will ease capital requirements and allow the banks to return to the stock markets.

Q: What could these changes be?

A: Well, President Trump aims to hollow out the Dodd-Frank Act, the legislation which was implemented in the US after the crisis and which, as we know, is quite a bit tougher than that adopted by Europe. So much so that it has meant the banks have less on their balance sheet and, consequently, less space to provide liquidity. Doing it could of course have a cost for society. A bank with less of a capital base is not a good thing.

Q: How are trading volumes affected?

A: The big change is that the expansion of high-frequency operators in the market and market makers with this type of instrument and very short-term strategies, has meant that, at the moment, these participants have very little risk in their portfolios. Volumes increase a lot and the number of orders multiply without there being a need for more capital to support this trading volume.

Q: Apart from the crisis, the stock markets are changing a lot. A few decades ago, it was basically shares that were traded. But now they trade debt, futures, derivatives. Is this taking dynamism and possibilities away from the stock market?

A: This has nothing to do with it. I believe that all these products which are currently in investors’ portfolios are basically complementary. The spot market and the derivatives market feed off each other in terms of liquidity. The stock market’s relevance and its trading volumes increase to the extent there is a good derivatives market, given that this helps neutralise part of the risk of exposure to the stocks. In this sense, multiple products help to deepen the market.

Apart from derivatives or futures, what other products are making a big impact?

In the last few years, a “very relevant” competitor has appeared: the ETFs. Investment funds traded on the stock market, portfolios, which can track indices, some of those synthetic and more based on derivatives than shares. These products, which are already diversified, are a very significant element in the stock exchanges.

Is it still worth investing in stocks compared with other securities?

Yes, but I think this is a decision that each investor has to make acccording to his needs, his expectations in terms of returns, and the possibility he has of forgetting about his investment. What I don’t subscribe to are these short-term practices, trading, because not even the professionals get results there. In my opinion, the stock market is very useful for those who want to participate in the growth and evolution of the economy and companies. But trying to earn money going against the market, with opportunistic trading, has become increasingly more difficult.

Why have companies like BME, which years ago almost exclusively traded stocks, begun to get involved in new products and are creating new markets? Is this just a defensive strategy?

Defensive yes, but there are also a lot of synergies given that revenues are multiplied thanks to the diversification. And it’s not just interesting for the company. It’s also good for the public, for investors, that a stock market company offers them a variety of products and ways of trading. A stock exchange which focuses exclusively on shares would be failing to serve its clients, its investors, by not making available to them all those ways of trading and strategies they need.

Talking about diversification and new markets, there were high hopes that the Latibex would become the big Latin American market outside that region. But it looks like in the end it didn’t work. Why not?

I have only been on the board of BME since May and I am not up to date on how the Latibex has evolved. I think that part of the problem could lie in the characteristics of the current stock markets, which are very globalised. Before it might make sense to trade on another market, outside the Madrid bourse (the Latibex) or the New York exchange, but now that there are hardly any barriers to capital flows, there is not such a strong reason for doing this. Investors attach less value now than before to the possibility of trading their shares locally, given that they can enter and operate in any market they like without any difficulty. That’s the problem facing markets like the Latibex.

The dual ‘listing’ on other markets is something which has declined a lot. And neither do companies nowadays have such a necessity to trade on a large foreign stock market because capital circulates fairly freely. For example Brazil, where there was a huge wave of IPOs by hundreds of companies from 2004 onwards, foreign investors go there to buy directly, trusting in the liquidity of the Brazilian market. Of course this situation would have been unthinkable 15 years ago, even with the facility of capital circulation, before the regulatory reforms which were carried out and increased protection for investors in the Brazilian market.