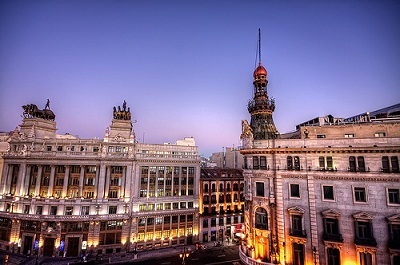 By Fernando Gonzalez Urbaneja, in Madrid | Three decrees for the reform, restructuring and rescue of the Spanish financial system have passed and some voices at the Bank of Spain point out there might yet be a fourth one, if needed. Three plans for a sector which boasted of being the best in the world, and neither of all three have exactly been effective in restoring the credit market.

The Socialists used a softly-will-do approach to the management of the banking crisis (2008-2011) and fell short. They started by not acknowledging the crisis, making pretentious claims on the strength of a sector that would overcome the crisis (qualified as ‘foreign’) without strain. Almost no one believed them but the industry itself that was insufficiently concerned about its own future. Maybe that’s why, while waiting for a miracle, banks couldn’t bring themselves to admit that the housing bubble would hurt their assets and made things worse for balance sheets and income statements. Only when they had no choice, emergency operations that were not getting to the bottom of problems were taken. The first phase of the consolidation process involving savings banks, the most exposed to real estate, reduced the census from 45 to 17 entities. Some were nationalised in the second phase of the crisis, but almost all (with few exceptions) still have pending adjustments, need more resources, more integration and, above all, new managers.

Mariano Rajoy’s government, with less apprehensions than the previous one, is now facing the crisis with ambition and certain boldness. It has been audacious to put in place a wage-control system for the executives of the financial entities that got public financial support, a nod to public opinion that affects dozens of people normally beyond good and evil. Other countries like the US or Britain wanted to put something similar in place without succeeding; in the end, they left empty-handed because of the free recruitment market rules and respect for contracts’ policies. The Spanish government has indeed solved the problem with clear rules that seem easy to implement and that, for now, send a message of authority. Another question is whether control is actually working or the usual clever suspects can easily dodge it.

This authority, though, has not been as clearly asserted regarding the reform process. The government does not want nor can it inject any capital. Public money is not enough to clean up the Spanish  financial system. Asking for the IMF or other such institutions (as Ireland did) for extraordinary help is not acceptable due to the political consequences this would ensue. Financial crisis need drastic solutions, cash to reactivate the credit market and mostly good management. The plan presented by the government pushes the industry itself, with its own generated and created resources and some regulatory help (deadlines, creative accounting …) to undertake a reform from within.

Actually, it is a risky strategy with limited credibility and strikes a dissonant cord when one compares it with what other countries have done. So far, €150 billion have been spent on reforms since 2008. All that money, had it been spent from the beginning and combining the right management moves should have solved the problem. In financial crises, speed and force are crucial, because in the end losses are always much larger than what they looked like in a first or second review. Soon another merger-and accounting-adjustments-show will come, and will drag us all towards a fourth plan in the hope of finishing off this crisis.

Be the first to comment on "Spain’s banking reform 3"