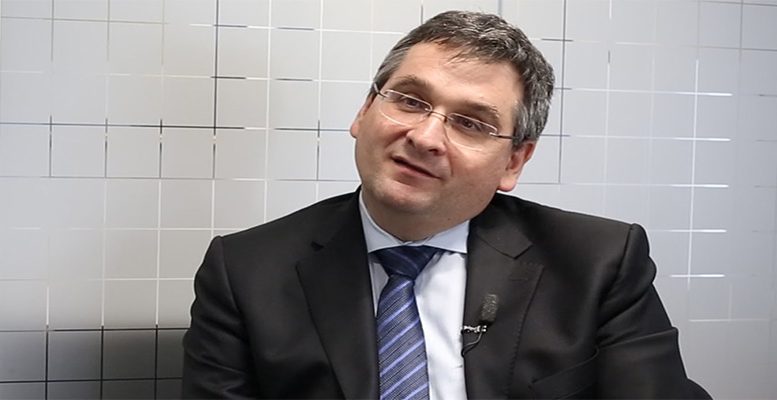 Fernando Rodríguez | A winner of 14 awards, one of them for the Best Equity Manager of the last decade, Jaime Puig joined Gaesco in 1995. He started out as an analyst, becoming head of analysis, and then a fund manager. Later he was appointed Managing Director of GVC Gaesco Gestion. He is also a member of Inverco Catalunya board and is on the Advisory Committee for the ESADE business school’s Executive Master of Finance.

Q: The Spanish equity market is attacting both domestic and foreign institutional cash. What is the opinion of Spain and its listed companies overseas?

A: There are a series of institutions which traditionally have invested a lot of in fixed income and, ahead of the expiry dates in their portfolio this year, are recovering 10-15% of their assets to invest directly, although gradually, in various equity operations. It’s a continuous flow and, faced with the rise in rates, is happening in Spain and overseas, although not to the same extent in all countries.

Q: Since when has this flow been noticed?

A: Clearly for the last four or five months. In every meeting of this kind with investors, they ask you what to do with 10 or 15% of their portfolio to invest it in equities. You ask them: When have you invested in equities? And they answer: Never. This happens with those who are new entrants to the equity market, but also with other players like insurance companies…For example, the German ones, which are duplicating their exposure to equities. The exposure is small, but doubling it is significant.

Q: How much money are we talking about in the case of Spanish institutional investors?

A: It’s a very recurrent figure… 5, 7, 10 million euros. They propose a first move, then another. The Spanish market is particularly well considered abroad. It’s discount is higher than that of other bourses. Furthermore, the European market has been performing better than its US peer for the last nine months. The Ibex offers a very good combination of factors. A greater discount, generically speaking, and an incentive which differentiates it from other European markets. Namely its huge exposure to Latin America. If you are an American investor and are looking to invest in a big global insurer, you choose, for example, Germany’s Munich Re. But if you want one with exposure to Latin America, where it is a clear leader, then it’s Mapfre. In Spain there are 25 companies, and I am being very selective, which are attractive for foreign investors and are also cheap.

Q: Both. There are at least 10 non-Ibex companies. Those ones which you talk to investors about and they immediately show interest, because they complement their portfolio or whatever. And then, finally, there is the macro backdrop. The idea has spread that Spain is one of the eurozone countries which is going to do better. And then there is the effect of low oil prices, which is doubly beneficial for Spain compared with Germany or France.

Q: Elections in Europe, Trump, regulatory pressure on the banks, rates going up…but it seems that the backdrop of uncertainty doesn’t spook investors, looking at the gains in almost all the domestic and overseas índices. How do you see the investment outlook at present?

A: The political risks haven’t changed, but the political premium has. Namely the perception there is of this risk. I’ll explain with an example: last year the market didn’t want to acknowledge things like Brexit, a Trump victory or Renzi’s resignation in Italy. The three risks happened and the equity markets took some time to recover their previous levels: 34 days in the case of the first event, 7 hours in the case of the second and 5 minutes in the case of the third. The market can’t be affected by the same risks so many times…

Q: Talking about these risks, I have heard said in public “be careful with the press…”

A: Faced with risks, investors only press the button once. For me, the most important issue we have talked about is the fact that Trump has complied with the promise he made about cutting corporation tax from 35% to 15%. Although it’s still at 20% or 25%, the tax breaks on capital investments are what’s most important. It’s timely as it coincides with companies’ current desire to invest. We visit over 100 companies a year and they are now all talking about projects and investments, when only five years ago they were talking about restructuring and how to cut costs. If there is a solid tax reform in the US PERs could drop on this alone: what today is a PER of 18x could fall to 16x. Favouring capital investment is like a wave: if the US does it, this will extend to Europe.

Q: IPOs have been abundant in Spain in 2016 y 2017. Prosegur Cash; Neinor; Gestamp; Coca-Cola; Dominio– and twice –Telepizza y Parques Reunidos. Not to mention the phenomen of the Socimis and the MAB. So is there some special significance in this wave of activity in a stock market as limited as the Spanish one, where companies have a traditional allergy to this type of funding?

A: When companies make their market debut, they try to maximise the sale price. When markets are doing badly, IPOs are few and far between. But when they recover, companies begin to appear on the scene again. I understand this from the company’s point of view. But from the investor’s side, our obligation is not to lose the notion of value. We need to look at each operation individually. We have seen Prosegur Cash and we like it, but we haven’t gone. There are things which don’t add up: for example, why does a company which is already listed, namely Prosegur, list a subsidiary which accounts for 80% of its income, instead of making a capital hike.

Q: Where do you expect sector consolidation amongst the listed Spanish companies? I am thinking about the banks.

A: There is a lot pending at a European level. Not just in Spain. The problem is that no-one has started yet. The European market is not mature enough for big cross-border mergers, although they will happen. There will be a lot of transactions in the banking sector, undoubtedly, but for the time being we are talking about small consolidation operations.

Q: And will there be operations in the banking sector in Spain as well?

A: Yes, there are banks which will be bought up by others, but another thing is the timing of these deals. It’s my view that a complete restructuring of the banks’ balance sheets could still take a further two years. And this is exactly why there are not more operations in the sector. But there are many which would make a good fit.