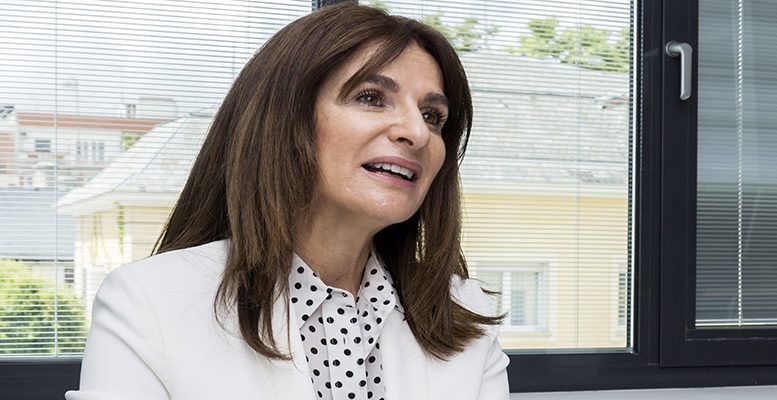 María Eugenia Giron’s career – Loewe, Carrera and Carerra – and position – she directs the IE MasterCard Premium & Prestige Observatory – bear witness to the her expertise on the world’s luxury industry and services.

Q: Luxury is a major industry in Europe, but has reduced weight in Spain with few brands. What is the problem? Don’t you think that when consumers think about luxury, which is an aspirational theme, they think about Italy and France, but not Spain?

A: It is obvious that the country of origin impacts strongly the perception of a global luxury brand. The country it comes from influences this perception. But this, which obviously could be a difficulty, need not be a barrier. Even though Spain had no reputation in the fashion world, it now counts with a major company, and brand, in the fashion world, Inditex, a world leader. A recent study by Altagamma of the Spanish market highlights that in the luxury and premium sector growth over the last three years has been 8%, compared with a global average of 3%. In other words, Spain is gaining weight in the sector.

Q: Yes, but Inditex succeeded in the medium, not the luxury, sector. Have you not thought that Spain triumphed in this segment  because our businessmen were clear that they would never win the battle in the luxury segment against the French, Italians or English?

A: It’s possible, but I am also convinced that they would love to have a company like Inditex.  They have clear competitive advantages in the the fashion market and great national image, yet were incapable of creating one.

Q: We have been lucky to have someone like Amancio Ortega, who changed the fashion world. To find our niche in the luxury industry, don’t we need to find someone like Bernard Arnault, founder of LVMH?

A: Well. We don’t have to be discouraged. We have created some luxury companies in Spain over the last few years. We don’t have a group like Bernard Arnault’s, but we might in the future. It is important to remember that while Spain today is smaller than other European countries in terms of luxury brands or market, it is growing faster. For example we are very well placed with a hospitality and luxury gastronomy Infrastructure which has the potential to be the platform to lead in experiential luxury. Spain is fifth in the world in luxury gastronomy. We have 187 restaurants with Michelin stars. We have the highest proportion of stars in Europe in 2018 and the best position in the 50 Best list. Both indicators show we can only get better and that Spain continues to conquer the premium and luxury territory. Moreover, we have some groups with international potential, one of them, the Catalan company Puig, is among the top five perfume companies in the world.

Q: One of the reasons it is difficult to create Spanish luxury brands is because Spain is not a major market for these products. The Spanish consumer is more austere. Do you agree?

A: A few years ago we did a study at IE Premium & Prestige Observatory of the customer of luxury and premium products – including the categories of perfume and cosmetics – and our estimate was that of the 16 million families in Spain, almost 3 million spend an average of 350 euros on these products over the course of the year, 500,000 thousand families spend more than 2,300 euros per year and 140,000 families  spend more than 10,000 euros per year on personal luxury goods. Economic growth and tourism are the two decisive elements for growth in the luxury market globally and in any given country. The motivations for buying luxury products range from personal enjoyment to the social projection these products offer. Luxury products bring us close to our aspirations and dreams. In the fifties and sixties, when Spain was poor, the showcases of Loewe were almost a destination for passers-by. People gathered to look at the showcases, which contributed to building the Loewe myth.

Q:Is it true that the main buyers of luxury products are tourists, not locals?

A: Yes. Look, the industry of personal luxury, fashion, perfume, accessories etc shifted 260 billion euros in 2017, of which 80 billion euros were sold in Europe, 50 billion to American or Asian tourists. Globally sales to tourists represent more than 50% of the market. In Europe this impact is very significant.

Q: Does Spain play in this league?

A: Without doubt, and it is an important market. If we include high quality gastronomy, an important theme in Spain, according to Circulo Fortuny, we would have a market of 9 billion euros which will tend to increase over the next few years. Urban tourism, which is growing above the average for the tourist industry, is a factor driving the premium and luxury sector in Spain.