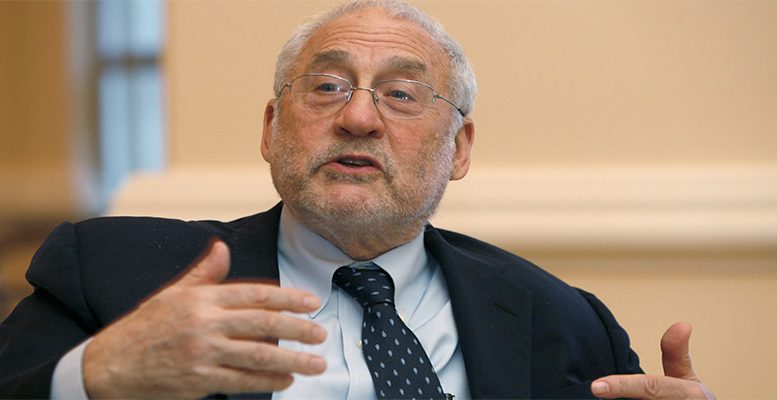 *Editor’s note: This interview was conducted a few weeks before the coronavirus outbreak in Europe and the United States. In several US media, Professor Stiglitz has referred to the health crisis as “a situation we have never had before”. As for the economic stimulus in the US against coronavirus effects, he warns that it must be clear that “we give loans, not gifts to corporations, so that taxpayers do not get the worst of it”.

Pablo Pardo (Washington) | Joseph Stiglitz is undoubtedly the most famous Nobel Laureate in Economics in the world… after Paul Krugman. Also the most controversial and the one who has entered more directly into the public debate. However, he does not want to assess the Spanish political situation, despite the fact he has been an informal collaborator of Podemos since he received Pablo Iglesias in his office at Columbia University five years ago.

He has just published ‘Progressive Capitalism’, in which he insists on his proposals. That said, on this occasion he updates the debate to include issues such as the huge income inequality in the US and the regulatory, fiscal and competition challenges caused by a global economy. More and more sectors seem to be the definition of a textbook oligopoly, but on a global scale.

Q: You are critical of so-called ‘neoliberalism’. But you have also worked in the past for institutions, such as the World Bank, or in the Bill Clinton administration, which have worked to expand the free market. When did you start questioning this economic model?

A: When I was at the World Bank [from 1997 to 2000], we were halfway through that experiment. But it was clear that things were not working as planned. And now, with 40 years of experience, it is clear, to put it mildly, that the neoliberal experiment has been a disaster.

Q: One of the characteristics of this model is that it has generated more oligopolies than competition. In the book you develop that idea.

A: One of the most extreme things about neoliberalism is the increase in market power, which means money goes to the monopolies and to the higher income levels of society. The evidence now is that market power is much greater in the US than in the EU. I am not alone in saying that. Thomas Philippon’s book ‘The Great Reversal’ is about that. The point is that companies do not work for the benefit of society. That’s something that Adam Smith, for example, was very clear about. An economy of oligopolies is not only an economy with inequalities, but also a less competitive economy. I don’t think it’s a coincidence that The Business Roundtable [a U.S. business organization] has stated that companies should seek to maximize not only shareholder profit, but also customer profit and the profit of the communities in which they operate.

Q: In your book you harshly criticize the OECD initiative to impose taxation on large Internet companies

A: Yes. Because one of the elements is a worldwide minimum tax. I support that. But I think there’s a global movement to make that tax rate unacceptably low. I think it should be at least 25%-30%. And it would be sufficient if the US and the EU implemented it, as long as both were prepared to expel from their markets companies which did not pay that tax and used subterfuges – for example, tax havens. The second element is how the international community should agree to distribute that tax. That would require a formula between the countries that produce the goods online and those that consume them. Otherwise that system would not work. And that would require taking into account all three components of the economic process: capital, labor, and sales. A formula combining all three could be effective in sharing the revenue generated by such a tax. The problem right now is that companies have been very successful in convincing governments to avoid a deal.

Q: Do you think we are moving towards a world in which capital is virtually tax-free, while labour bears the entire tax burden?

A: The point is that companies have much more political power. They are able to turn a process, such as the OECD process, which is designed to make them pay more, into an initiative to make them pay less. In general, the global legal and economic system is clearly biased in favour of capital. Look at the case of private equity: funds often burden companies with huge debts they cannot pay, but which help to make them tax-deductible. Then, at least in the United States, they literally plunder the pension plans of those same companies. And finally, they lead them into a suspension of payments. This whole process involves transferring the costs to the labour factor, and the profits to the capital factor. It is for reasons like this that what I call “progressive capitalism” is needed. In this way, private equity funds impose a cost on society as a result of the legal system for the protection of workers, the tax treatment of liabilities, and the laws on bankruptcy and suspension of payments.

Q: What do you think of the controversy between several European countries – including Spain – and the United States over the taxation of large US companies, in other words, the so-called ‘Google tax’?

A: I think the Europeans are right. These companies are paying very little tax, and have been paying very little for decades. When the richest companies in the world pay 0.2%, or even 0.08% in taxes, it is logical that people say: “This is not fair”. And there is another thing that makes it even more incredible: the Internet was created by the US State. So, if public money had not been invested in R&D, these companies would not exist. But now these companies are reaping the benefits of that public investment, and they don’t want to give any of it back to the state. So the profits are privatized, and the investments are given to the state. Now it’s very fashionable to talk about corporate responsibility. But the first rule of corporate responsibility is to pay the taxes you have to pay.