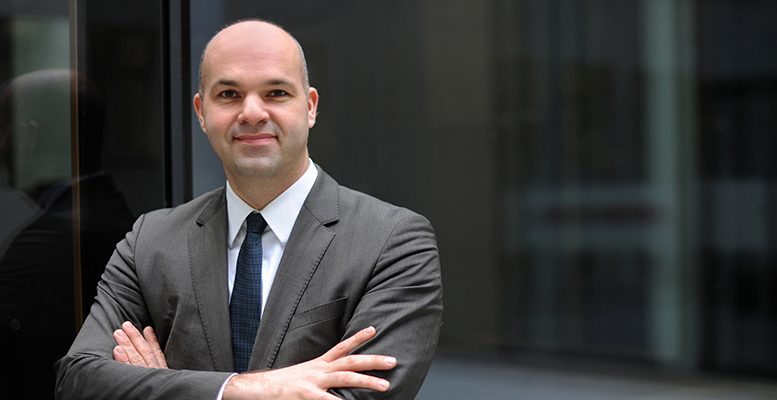 Lidia Conde (Francfort) | explains Marcel Fratzscher, president of the DIW (Berlin Institute for Economic Research) who headed the ECB’s International Economic Policy Analysis Department in 2008-2013. In an interview to be published in this month’s issue of Consejeros magazine, Fratzscher explains that “The ECB is habdicapped because it cannot tacle the problem by raising rates, neither this year nor the next”, which is why “I am not in favour of rate rises, because they strangulate the economy. The ECB can do little in the face of the current supply crisis”.

Q: Given the risk of inflation, how should governments compensate for the loss of purchasing power and how can the ECB intervene effectively in the face of the current brutal supply shock?

A: Germany’s biggest economic problem at the moment is high inflation, which hits lower-income earners hard. However, the ECB is handcuffed because it will not be able to tackle this problem by raising interest rates, neither this year nor the next. The rise in inflation is largely due to speculation. The insecurity generated by the war reinforces this trend. And politics has a responsibility to socially protect the people most affected by price spirals and to transfer money to them.

Q: In view of the poor outlook, Europe is wondering about Berlin’s position, the growing debts, the state’s investments in the future? What will Germany do?

A: Neither Germany, nor Spain, nor even Italy have problems with high debt. The problem is that our governments have invested too little in future-oriented investments such as education and vocational training, qualifications, good infrastructure, innovations, social change and, above all, climate protection. For most European governments, the main priority should be to invest in the future. Only in this way can Europe remain competitive and be fair to future generations. Sovereign debts are not bad per se. If debt is used to increase future welfare and has a significant return, debts can be repaid and at the same time welfare can be increased. In recent years Germany has under-invested in education, innovation and infrastructure. A smart financial policy would boost future investments and potential economic growth. The key is quality investments: climate, digital transformation and social change, combined with debt rules that allow for moderate debt.

Q: The economy faces a dilemma: politics or business? China is now seeking strategic cooperation with Russia. German corporations are also highly dependent on China. What to do when dependence is so intense? When 9% of exports from wealthy Baden-Württemberg go to China?

A: The situation is that we find ourselves in an ever-increasing competition between global systems, between the US on the one hand and China on the other. We Europeans have to decide whether in this increasingly bipolar world order we want to play the role of an independent third pole and whether we can be one. If Europe wants to protect its own interests, we should strengthen European integration and position ourselves together vis-à-vis China and the US, speaking with a common voice. But taking that step also means that we should transfer national sovereignty to Europe and move forward in important bodies of the European institutions. On the other hand, if we continue to do as we have been doing so far, fighting over national interests and initiatives, then Europe will remain weak. And the two giants, the US and China, will increasingly dictate to us what we have to do and how to do it, also from an economic point of view.

The full interview can be found in the June issue of Consejeros.