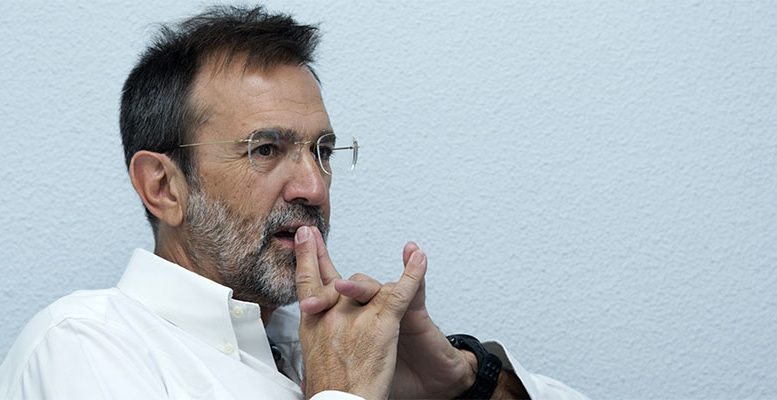 Luis Martín Cabiedes started investing in technology ‘startups’ in 1998,first as a ‘business angel’ and then via his own venture capital firm (Cabiedes & Partners SCR). He has invested in over 80 companies, including Ole, Myalert, Privalia and Trovit. He points that there are venture capital funds in Spain with 90% of public money.”

Question: You have invested in over 80 diffferent companies in the last 15 years. Is there a much difference in how you analyse companies now compared with then?

Answer: A lot. Before it was more about betting on a team, a good business plan. Setting up a company was much more expensive. Now it’s relatively cheap thanks to technology. You don’t need 3 million euros. With 20,000, getting in contact with Amazon and using free software, you’re up and running. And more value is put on the initial traction, a long time before the company is profitable, even before it sells anything. At the time Ole was set up, for example, this couldn’t be done. You had to spend a fortune in developing the product. Now the initial development is trivial and what you need to look at are the initial market responses. We have 53 outstanding investments at the moment.

Q: And what about in the stock market? Do you have any Ibex stocks?

A: I do have some Ibex, but no more than French stocks or Eurostoxx. I have a special profile: I am a hugely diversified investor, massively indexed and also extremely passive. I believe that one of the most typical errors is to be over-exposed to your own home ground. In fact out of two similar investments in Spain and Japan, I would be more interested in the Japanese one because that way I diversify. My home is in Spain, my business and my family company as well. There are two extremes in venture capital. There is a company in France called Kima, where there is a very intelligent guy who invests in two companies per week. So he is involved in 100 investments per year, a strategy which is called spray and pray. He says: I believe that there is going to be a lot of wealth creation in internet, but I don’t know where. So that’s why I go for everything. When you speak to him, he tells you they offered him Facebook and he didn’t want it. He made a mistake. And he doesn’t want that to happen again. At the other extreme, you have the person who thinks he is so smart that only by analysing better, he will choose the right option. As an investor, you have to position yourself between playing with the statistics in your favour or trying to play better than the average. And I tend towards the spray and pray extreme because all the good investors I know, all of them, invest with the statistics in their favour, not the opposite.

Q: Do venture capital firms have a different view of uncertainty?

A: Yes. Spain’s disaster has gone from being punished by this philosophical conception that you can predict the future to being highly valued. It seems that failure is like a medal and it is not. To the the fifth book I see about how to learn from failure, I will say the following: look, I prefer not to fail. In any event, what’s happened are experiments which have not worked. Creating a company is not like playing a game of dice, of course not. But there is an element of probability. The irrepressible uncertainties mean that we don’t know how the dice will roll. That’s also the god thing.

Q: Two years ago you and your brother sold your share in BlaBlaCar. And you talked about your disappointment with the venture capital industry in Spain. What happened?

A: What I am disappointed about is the amount of public money which has been thrown away in a sector which has nothing do with this. When we sold our share in BlaBlaCar, it was a very special moment when Fond-Ico was created. I think it makes sense that there are some public subsidies for innovation and startups. But then they need to be indiscriminate, for example 50,000 euros for everyone. But Fond-Ico decided that it would give the capital to the funds instead of to the companies and the funds would invest it. In the end what has happened is that there are venture capital funds in Spain with 90% of public money. I believe the state has to implement the rules. I am not one of those liberals who think that the market regulates itself. I believe we  should we have a very strong regulation, but one thing is to set out the rules and another is to go outside and play. In the end, a lot of money has ended up not with companies but with private equity..

A: Yes, there is no investor who has more than a tenth part of what we have. I can tell my investors that if they lose 1 euro, I have lost 10. But other venture capital firms manage public money and this fuels a lack of investor discipline. We have gone from a drought situation to one where we are turning the ground into mud instead of just watering it. At the moment there are many amateurs in Spain using public money for venture capital.