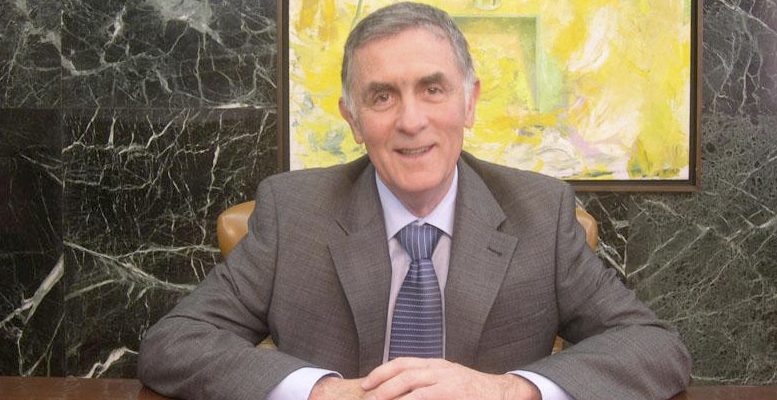 All eyes are on Colombia today. The country’s government and the FARC have signed a peace deal after 52 years of war. On the economic front, Colombia has managed – up to now – to deal with the external shocks and contain the peso’s devaluation, which seemed to be excessive at the beginning of the year. Carlos Gustavo Cano, co-director of Colombia’s central bank, is firmly in favour of raising interest rates to try to contain inflation, as well as allowing the opening of dollar accounts, which is possible in other countries in the region.

Question: You have raised your reference interest rates by 50 bp to 6.5%. What worries you more? Keeping inflation at bay – from 7.5%, when the target is 2.4% – or maintaing the peso’s exchange rate, which last year depreciated almost 60% against the dollar?

Answer:  The Constitution and the Law establish that the core mission of the Republic’s central bank is to foster low and stable inflation. In other words, safeguard the purchasing power of the currency, an essential requisite without which economic growth and employment in conditions of equality, sustainability and competitivity would not be viable. As far as the exchange rate is concerned, the Bank does not set nor does it have any goals, unlike with inflation. In this area, we have adopted a floating exchange rate, which has been shown to be the best mechanism for absorbing external shocks. The exchange rate adjustment was sudden, but not excessive. What was excessive was the peso’s marked revaluation which preceded it as a result of the 2004-2013 mining-energy boom and the “Dutch elm disease” which the country suffered. The econometric models which we use show that the current exchange rate is within the range of the the real equilibrium rate and is coherent with the economy’s fundamentals.

Q: The drop in oil prices has hit your public accounts. Can we assume then that there was a bubble caused by oil prices?

A:  I don’t know if ‘bubble’ is the right term. What I can say is that it was a fleeting boom in prices, which reminded us that the ‘bonanzas’ are not necessarily a blessing. Excessive ‘good times’ should be feared. As far as the impact of the fall in oil prices, the biggest loser was the central government. Oil revenues from direct taxes and the dividends from Ecopetrol – the state oil company – represented a fifth part of its total income. Or the equivalent to 3.3% of GDP. This year that income disappeared. This is exactly the size of the fiscal ‘hole’.

Q: Not on the same scale as Brazil, but Colombia is also suffering from capital flight. Are these speculative flows a necessary evil in Latin America?

A: Colombia is not suffering from capital flight. On the contrary. Direct and indirect foreign investment flows are still arriving, although in the first quarter of the year volumes dropped 58% from a year earlier. With regard to the balance in the foreign currency portfolio, it fell 17%. Foreign direct investment has always been welcome in Colombia, because it usually is here to stay. As far as portfolio investment goes, whether bonds or shares, it’s usually short-term. Although the capital markets enjoy a lot of freedom in our country, we are always monitoring these flows. In recent history, we only imposed controls on capital inflows on two occasions, in the 1990s and between 2007 and 2008. They were of an exceptional nature, for a limited time, to deal with conditions which were just as exceptional, fulled by turbulence in the international markets. Experience has taught us that when there are excesses in this area, they usually drive extraordinary growth in credit and a relaxation in the conditions for obtaining this. This could cause unwanted bubbles, particularly in the property market. What we have never done is apply controls on capital outflows.

Q: What impact could the peace process have on economic growth?

A: Colombia’s main problem is not its economy. On the macroeconomic front, we have more strengths than weaknesses. And we enjoy an aceptable degree of international confidence. In addition, well-being and happiness doesn’t always depend on growth. This doesn’t always reach nor benefit all the population. At least amongst us it’s clear that it doesn’t. Colombia’s huge challenge is its justice system, which is closely linked to education. So that building peace should not be anything more than the reconstruction of the justice system and education. The rest will be an extra.